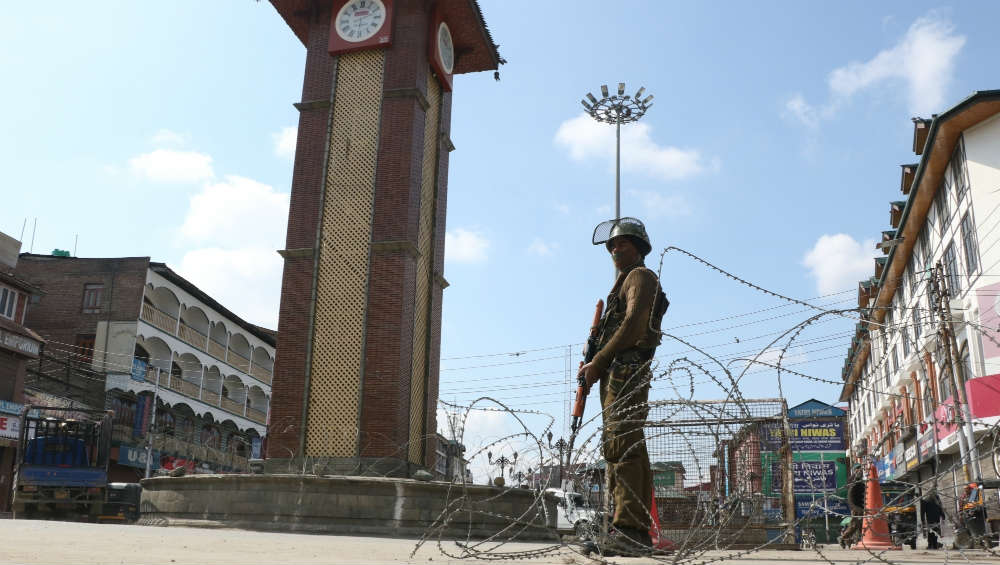 Srinagar, December 31: The Jammu & Kashmir administration on Tuesday announced a relief from ongoing curbs in wake of the improving situation in the union territory. J&K Principal Secretary Rohit Kansal announced that the SMS services will be restored in the Kashmir Valley from December 31 midnight. The announcement offers respite to scores of mobile phone users in the region, who were unable to send and receive messages for the last 142 days.

While the ban on internet is yet to be lifted from the Valley, the government hospitals would be granted access to broadband internet from today midnight, said Kansal. In other parts of Kashmir, the internet services would be restored in a phased manner "soon", he added. Local Recruitment Into Militancy, Infiltration Down in 2019, Says J&K DGP Dilbag Singh.

The restrictions in Jammu & Kashmir were imposed on August, when the Centre took the unprecedented decision to revoke the state's special status. Article 370 in the Indian Constitution, which granted J&K semi-autonomy, was abrogated by the Centre through an executive order. The government also passed a legislation to bifurcate the erstwhile state of Jammu & Kashmir into two union territories -- J&K and Ladakh.

Internet and phone lines were immediately snapped in the Valley after Article 370 was revoked, in a bid to prevent the mobilisation of protesters. In September, the landline services were restored to allow Kashmiris to reach out to their brethren in the state and other parts of India. Post-paid mobile services resumed in October, but the prepaid and internet services continue to remain clamped down in the Valley.