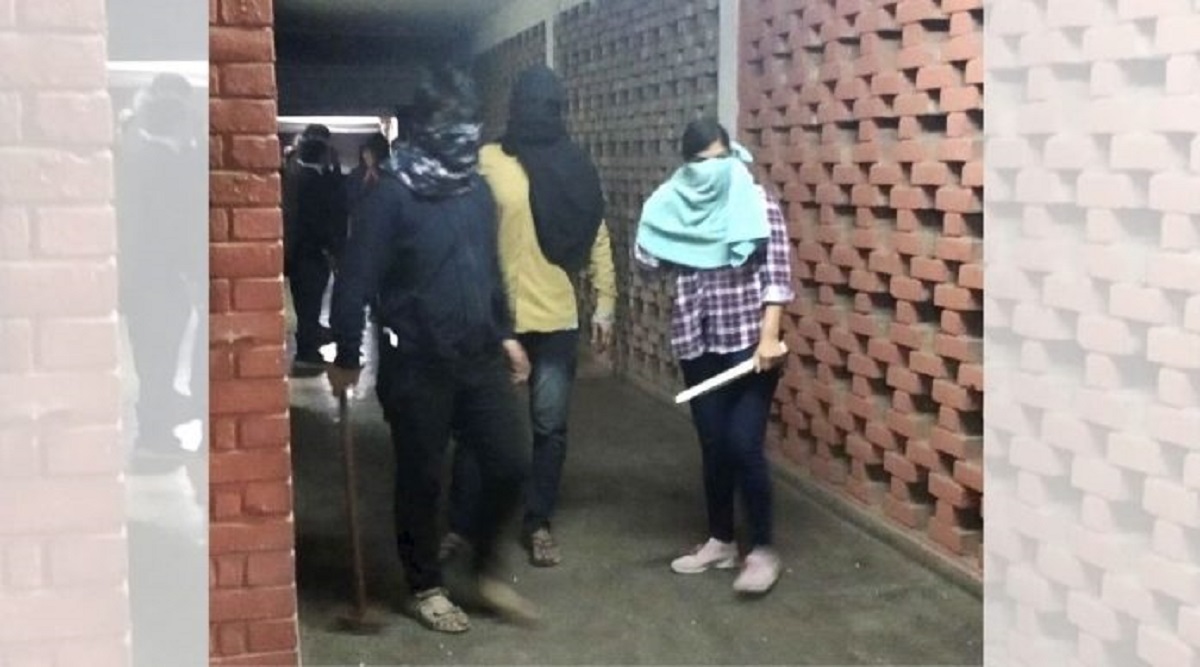 New Delhi, January 10: Moments after Delhi Police held a press conference, a sting operation conducted by India Today news channel showed two alleged ABVP members confessing to being part of the masked mob which caused JNU violence on evening of January 5, in which close to 30 students and several teachers were injured. The four-part sting operation by the news channel shows a student who identifies himself as Akshat Awasthi, claiming that he was behind the attack on Sabarmati hostel and was wearing helmet, as can be seen in videos that had emerged after the attack on JNU. JNU Violence: Delhi Police Blames Left Student Groups, JNUSU President Aishe Ghosh, ABVP's Vikas Patel Among Those Named by Cops; Check List And Pictures of Other Suspects.

Akshat Awasthi is a first year student at the French department in the university. Another ABVP student, Rohit Shah, claimed that he was among the masked men who vandalised and attacked students on January 5. Rohit Shah is a first year student in the French department of JNU as well, he said to the channel. However, the ABVP has refused to accept that the two students in sting are members of ABVP. Did Delhi Police Identify ABVP's Shiv Poojan Mandal as Vikas Patel in its Press Conference on JNU Violence? Here's What Netizens Are Saying.

Watch the Second Clip Where Rohit Shah Confesses to His Misdoing

The India Today sting operation also spoke to Geeta Kumari, who identified herself as AISA activist, which is part of Left front students groups. Geeta Kumari claimed in the sting that she had plugged out cables from the server room on January 3. She mentions that her intent behind doing so was to "cut" the communication lines of JNU VC M Jagadesh Kumar. She alleged that the VC was not paying heed to their demands regarding increased fees and semester registration.

The fourth part shows a guard named GV Thapa alleging police inaction during the violence. The guard claimed that he asked the Delhi Police personnel present to act and stop goons from causing harm to students but that the police did nothing, saying he had to get orders from his seniors.

The Delhi Police on Friday held a press conference to brief the media about ongoing investigations in the January 5 JNU violence case. Addressing the media, Delhi Police PRO MS Randhawa and DCP Crime Branch, Joy Tirkey, recalled the sequence of events leading to Sunday's violence in the campus. The police also named nine suspects in the press conference terming them responsible for the violence. JNUSU president Aishe Ghosh and two ABVP students were also named as suspects by Delhi Police.