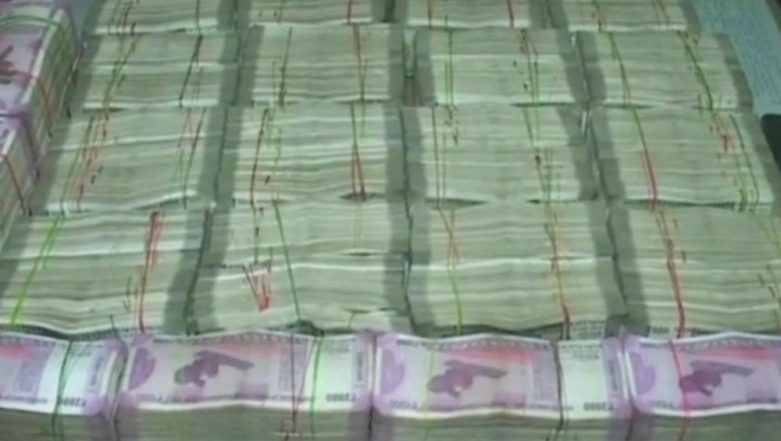 Bhopal, November 13: A whopping amount of Rs 500 crore were recovered by the Income Tax Department during IT raids in Madhya Pradesh. According to a tweet by ANI, the Hawala racket was busted in Jabalpur during raids conducted at multiple locations in the last two days. This is one of the major hauls before the Madhya Pradesh assembly elections 2018 which is scheduled for November 28.

Tax officials are investigating the matter and trying to nab the culprits. The money was recovered from Madhya Pradesh and it is reported that it was intended for bribing the voters. Telangana Assembly Elections: Rs 7.51 Crore Hawala Cash Seized Before Polls.

#MadhyaPradesh: Income Tax Department busted a Hawala racket and recovered documents with transaction details of more than Rs. 500 crore in Jabalpur during IT raids conducted at multiple locations in last two days.

Earlier this month, Hawala cash of Rs 7.51 crore, was seized and four people were arrested in Hyderabad on Wednesday, in a major haul ahead of the December 7 assembly elections in Telangana, police said. The money was seized from the different area in a joint operation carried out by various wings of the city police and the Static Surveillance Team.