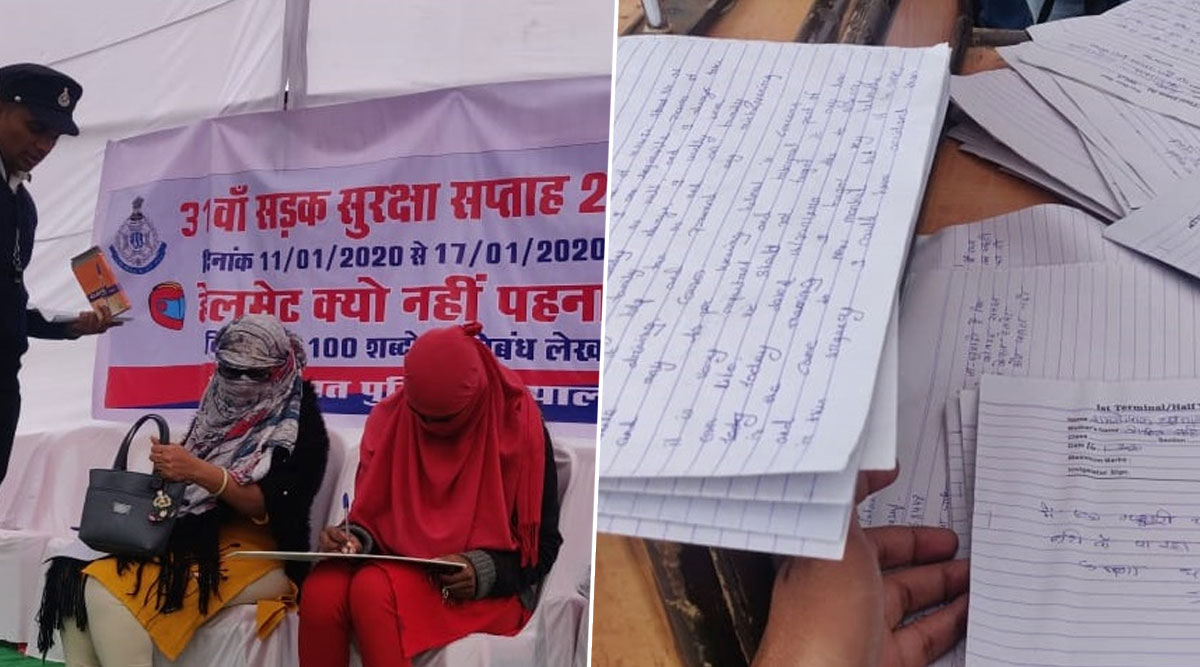 Bhopal, January 16: In a unique initiative taken up in Madhya Pradesh, the traffic police made people write essay if they violated traffic rules. According to a tweet by ANI, the Bhopal police introduced this initiative where helmet rule violators were asked to write a 100-word essay on why they were not wearing helmets while riding two-wheelers.

Road accidents, traffic congestion and violation of traffic rules have been one of the main concerns for all the states across the country. The Motor Vehicles (Amendment) Act 2019, which came into effect from September 1 has caused quite a stir in the country. The new traffic rules come with revised heavy fines.  Motorists and other commuters are now alert and scared of being caught by traffic police if the break any rule. New Motor Vehicles Act: List of States Where Hefty Fines Are Not Enforced.

Madhya Pradesh: During the 31st road safety week, which is being observed till January 17, Bhopal police has introduced a new initiative where helmet rule violators are being made to write a 100-word essay on why they were not wearing helmets while riding two-wheelers. pic.twitter.com/yxn3aUrrDz

The new initiative was taken up during the 31st road safety week, which is being observed in the state till January 17 in Madhya Pradesh. Ever since the new Motor Vehicle Act came into effect, traffic police across all states have become more vigilant for people violating traffic rules. Madhya Pradesh was among one of the first states to spell out reservations about enforcing penal provisions of the new Motor Vehicles Act (MVA), 2019. The state government had said it would review the new changes in the Act.