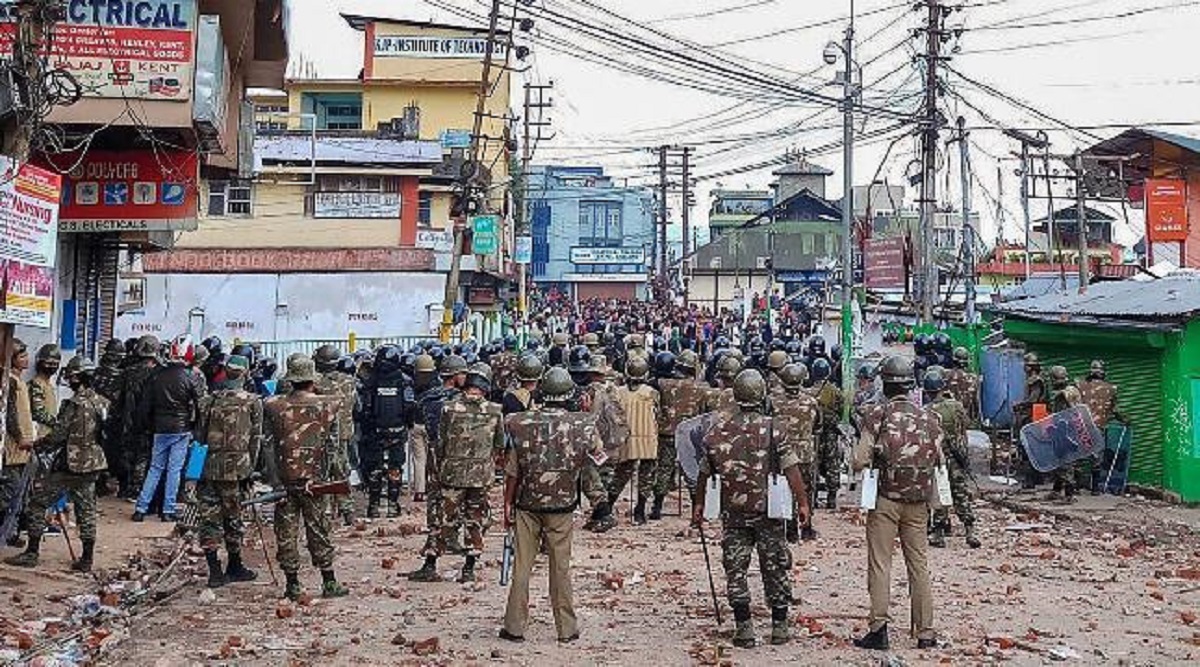 Shillong, February 29: Meghalaya Police on Friday imposed curfew in Shillong agglomeration and adjoining areas after clashes erupted in East Khasi Hills. The curfew has been imposed from 10 pm on Friday till 8 am Saturday to maintain peace in the area. Internet services have also been suspended in six districts of the state. The clashes broke out in the evening between Khasi Students’ Union (KSU) members and non-tribals over Citizenship (Amendment) Act (CAA) and Inner Line Permit (ILP). NESO to Launch Agitation Against Citizenship Bill.

The internet services have been suspended in East Khasi Hills, West Khasi Hills, South West Khasi Hills, Ri Bhoi, East Jaintia Hills and West Jaintia Hills districts. A member of the KSU was killed in the violence. According to the Meghalaya police, after a KSU meeting in Ichamati, the clashes broke out. Police alleged that KSU members burnt a haystack at the edge of the market and also attempted to burn a house. The local retaliated and stoned the bus carrying KSU members. Assam NRC Row: Meghalaya Steps Up Checking of People at Checkpoints, Says Police.

Curfew has been imposed in Shillong agglomeration and adjoining areas and internet services have been suspended in the six districts of the Eastern Range as a precautionary measure. pic.twitter.com/3QiphFe5Hj

“Curfew has been clamped due to apprehension of serious deterioration of law and order in Shillong and adjoining areas,” reported The New Indian Express quoting East Khasi Hills Deputy Commissioner (District Magistrate) M War Nongbri as saying. In the clashes four KSU members sustained injuries. The deceased man was identified as Lurshai Hynniewta.

However, some media reports claimed that non-tribals were armed with sticks and other weapons. Vehicles were reportedly vandalised and torched after the house was set on fire. The KSU opposed the CAA, but favoured the implementation of the ILP.