The three judges of the Delhi High Court will review the cases of National Security Act under a recent advisory of the Ministry of Home Affairs. 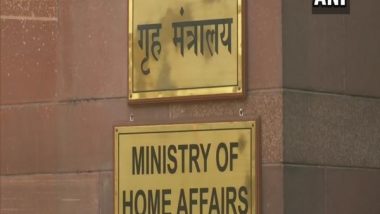 New Delhi, March 19: The three judges of the Delhi High Court will review the cases of National Security Act under a recent advisory of the Ministry of Home Affairs.

The Act allows to detain a person by an investigating agency for up to one year on the basis of suspicion. Justice Yogesh Khanna has been made the chairman of the advisory panel. Justice Chandra Dhari Singh and Rajnish Bhatnagar will be the members of the board.

According to information, the MHA constituted this under section 9 of the Act. The NSA was launched by the late Prime Minister Indira Gandhi in 1980. If anyone is a threat to the law and order situation under any circumstances, the government can detain him for a year under the NSA. The government has the power to detain any person for ten days without telling the person his charge. NSA empowers government with these powers. MHA Asks States To Safeguard Rights of Transgender Persons in Prisons.

Now the detainee can move his plea before the constituted advisory board of the MHA. Here he will have to represent his case himself. He will have to argue his own case if he needs relief.

The detainee will be lodged in jail. The board can take up to six months to file its report. The minimum time to submit the report is three months.

(The above story first appeared on LatestLY on Mar 19, 2022 07:36 PM IST. For more news and updates on politics, world, sports, entertainment and lifestyle, log on to our website latestly.com).