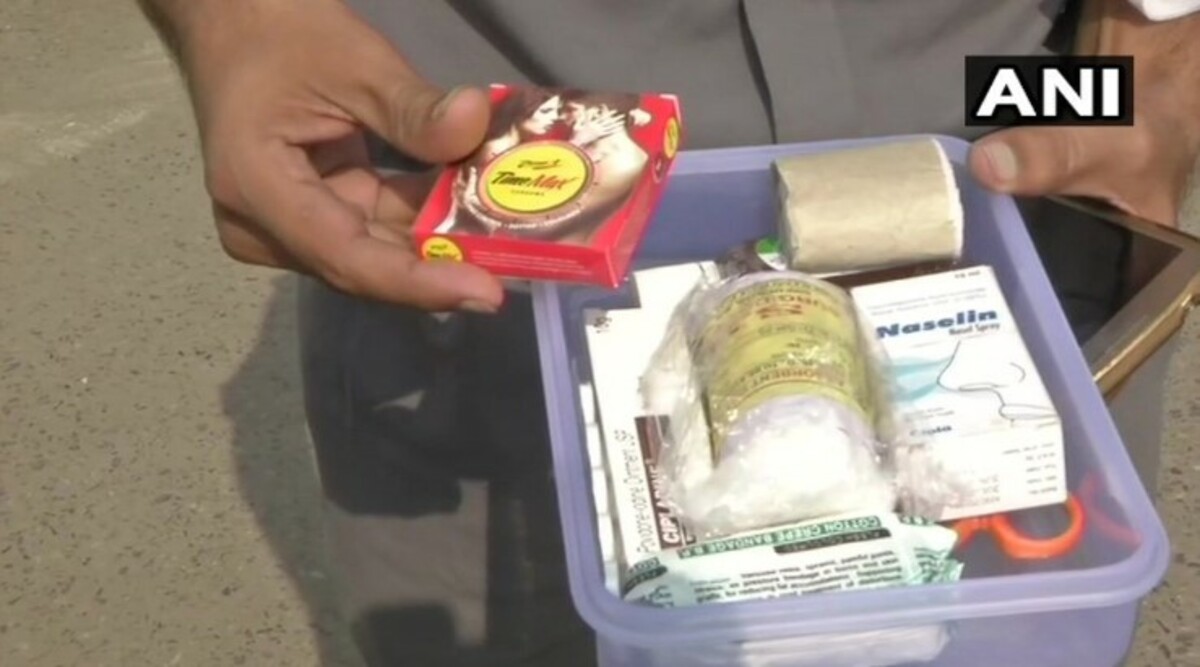 New Delhi, September 21: A bizarre rumour has been spreading in the National Capital. Delhi cab drivers are nowadays carrying condoms, besides other medicines, in their first aid kits in order to escape challans. A cab driver speaking to news agency ANI said that if they don't carry condoms in their first aid kits, they're penalised by police under the Motor Vehicles Act 2019. People Wearing Slippers While Riding Motorbike to be Fined? Some Reports Say So But No Official Confirmation.

"We've never asked reason but we get challans if found without condoms in first aid kits, " a cab driver said. The bizarre rumour gained traction after Uber driver Dharmendra claimed that he was fined for not keeping a condom in his first-aid kit, India Today reported. However, his challan shows that he was fined for over-speeding. Motor Vehicle Act 2019: From Rear Seat Belt to Unsafe Vehicle, Five Lesser Known Traffic Violation Rules That Are Not New But Whose Fines Have Been Raised.

The incident led to cab drivers thinks that condoms are mandatory in the first-aid kit to avoid challan. Kamaljeet Gill, president of Delhi Sarvodaya Driver Association said that "All public vehicles are required to carry at least three condoms."

Delhi: Special Commissioner of Police (Traffic) Taj Hasan says, "There is nothing mentioned in The Motor Vehicles Act about condoms. We are not issuing any challan to drivers for not having condoms in their first aid kits." https://t.co/pn0fdmml6m

Reacting to the fake news, Special Commissioner of Police (Traffic) Taj Hasan said, "there is nothing mentioned in the amended Motor Vehicles Act about condoms. We are not issuing any challan to drivers for not having condoms in their first aid kits."