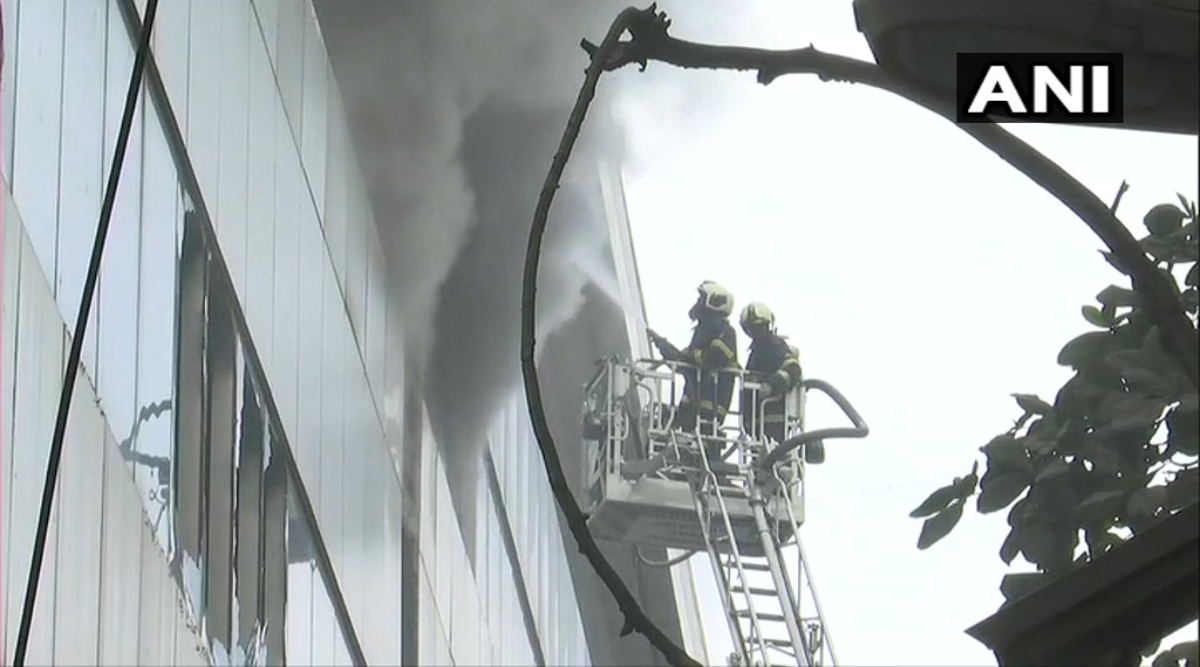 Mumbai, February 13: A major fire broke out at a commercial building in east Andheri MIDC are of Mumbai on Thursday. Following the reports of fire, emergency services were rushed in. As per the reports eight fire engines and six jumbo tankers have been pressed into service. Till now no injuries have been reported as of yet.

Reports stated that the incident took place at around 1 pm at the Rolta company building. Brihanmumbai Municipal Corporation officials stated the blaze was noticed in the server room of the company, which is situated on the top floor in a three-storied commercial building. Considering the high risk of the fire, the BMC declared that the fire belong to level-III category. Though the reason of the fire is yet to be ascertained, fire fighters are trying to douse the fire. Delhi: Fire Breaks Out at Auto Spare Parts Factory in Mundka, 26 Fire Tenders At Spot.

Mumbai: A level-III fire has broken out at Rolta company in Andheri East. 8 fire tenders are present at the spot. pic.twitter.com/HfLTN8Oln3

A similar fore took place spare parts factory in Mundka are of the national capital on Thursday. Around 26 fire tenders have reached the place and trying to douse the fire.