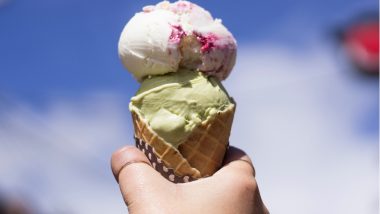 Mumbai, August 27: A consumer forum has slapped a fine of Rs 2 lakh on a restaurant in Mumbai for charging an extra amount of Rs 10 on ice cream six years ago. In its order, the South Mumbai District Consumer Disputes Redressal Forum held Shagun Veg Restaurant guilty of unfair trade practice, saying that it had definitely made a profit by charging more than the MRP. Besides the Rs 2 lakh fine, the eatery has also been asked to compensate the customer. Big Bazaar Fined Rs 23,000 For Charging Two Customers Rs 18 For Each Carry Bag: Chandigarh Consumer Forum.

According to a report by TOI, sub-inspector Bhaskar Jadhav lodged a complaint after Shagun Veg Restaurant charged him Rs 175 instead of the printed MRP of Rs 165 for a family pack of ice-cream on June 8 in 2014. In his complaint, Jadhav pointed out that he bought the ice cream from the counter and had not even entered the restaurant. Jadhav also submitted the bill which specified he was served at the counter. Consumer Protection Bill Passed in Lok Sabha; Proposed Law Mandates Harsh Punishment Upto Life Imprisonment For Selling Adulterated Food Items.

In its defence, the restaurant said it had charged Jadhav more than the MRP incur costs to store the ice-cream. However, the forum observed that Jadhav had not availed any of the restaurant's services such as free water, furniture, air conditioner, cutlery for the ice cream and mouth freshener. Hence, the extra Rs 10 charge was not justified, the forum held.

Ordering the restaurant to pay Rs 2 lakh as fine and compensate Jadhav, the forum said, "In order to curb such unscrupulous trade practices by restaurants and shops and for the benefit of customers, the principle of fear of deterrence must be addressed."

(The above story first appeared on LatestLY on Aug 27, 2020 12:40 PM IST. For more news and updates on politics, world, sports, entertainment and lifestyle, log on to our website latestly.com).