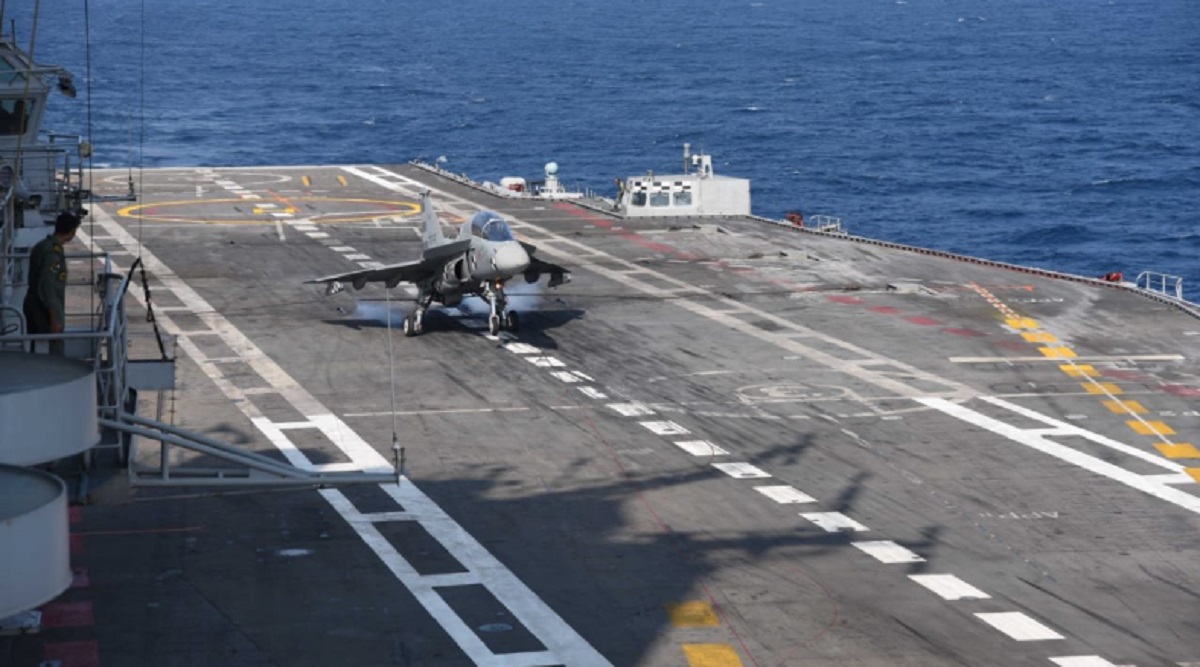 New Delhi, January 11: The naval version of Tejas aircraft on Saturday made its first landing on the deck of aircraft carrier INS Vikramaditya, in a major milestone in the development of the aircraft. Military officials involved in the "arrested landing" of the aircraft said the successful test has put India among a select group of nations having the capability to design a jet which can land on an aircraft carrier.

Defence Minister Rajnath Singh, in a tweet, said the successful landing of the aircraft on INS Vikramaditya is a "great event" in the history of Indian fighter aircraft development programme. He congratulated the DRDO and the Indian Navy for the successful test.

"After completing extensive trials on the shore based test facility, DRDO, ADA developed LCA Navy did an arrested landing on INS Vikramaditya successfully today at 10:02 AM," said a DRDO spokesperson. A similar test was carried out at a shore-based test facility in Goa in September last year.

The naval version of Tejas light combat aircraft is in development stage.

Officials said the successful "arrested landing" of the prototype of the naval version of Tejas on the deck of INS Vikramaditya is expected to speed up development of the jet for the Indian Navy.

The Indian Air Force has already inducted a batch of Tejas aircraft.

Initially, the IAF had placed an order with the Hindustan Aeronautics Limited (HAL) for 40 Tejas aircraft. In 2018, the IAF issued the request for proposal (RFP) to HAL for the procurement of another batch of 83 Tejas at a cost of over Rs 50,000 crore.