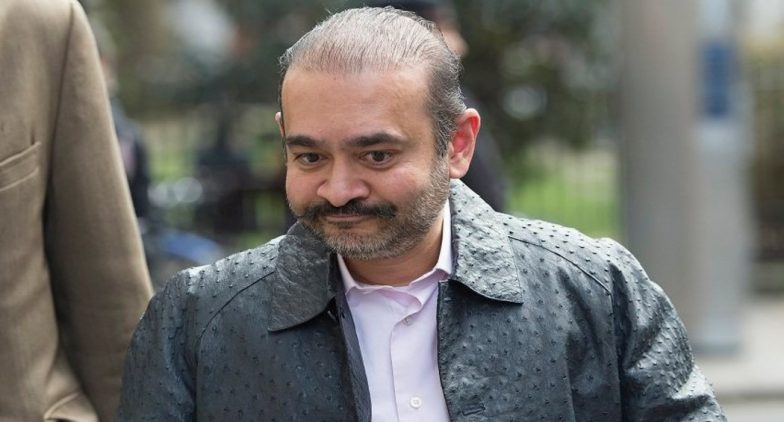 London, August 22: Fugitive businessman Nirav Modi, wanted in India in connection with the USD 2 billion Punjab National Bank (PNB) fraud, was on Thursday remanded to judicial custody till September 19. The extradition case at London's Westminster Magistrates' Court was presided by Judge Tan Ikram. Modi appeared before the UK Court via video link from his London prison. Nirav Modi Says 'No Comment' When Confronted by Journalist in London.

Judge Tan Ikram during the hearing told Nirav Modi that his trial dates will be confirmed at "call-over" hearing on September 19, when he will once again appear via videolink. Dressed in a tracksuit, Modi appeared in a gloomy mood during the brief hearing. Under the UK's law, Modi is expected to be produced before the court every four weeks. PNB Fraud Case: Nirav Modi's Sprawling Seaside Bungalow Demolished Using Explosives (Watch Video).

Since his arrest on March 19 by uniformed Scotland Yard officers, the 48-year-old fugitive diamond merchant has been lodged at Wandsworth prison in connection with PNB fraud and money laundering case.

During subsequent hearings, Westminster Magistrates' Court was informed that Modi was the "principal beneficiary" of the fraudulent issuance of letters of undertaking (LoUs) as part of a plot to defraud Punjab National Bank and then laundering the proceeds of crime.