With the drop in temperature, the city recorded its minimum temperature at 11.3 degrees Celsius which was lower than that of Mahabaleshwar, which recorded 13.6 degree Celsius. This is however, the lowest temperature for Pune this season. 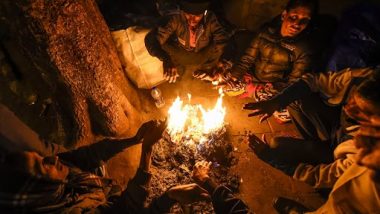 According to predictions by India Meteorological Department (IMD), Pune, it will be a good winter season this year and the month of December, January and February will experience winter chills. According to a report by Hindustan Times, the winter chill has started and one western disturbance reached Jammu and Kashmir in 2-3 days, the temperature will fall after three days. The IMD further said that western disturbance likely to reach by November 13 and its impact in the city will be felt in 2-3 days.

(The above story first appeared on LatestLY on Nov 11, 2020 05:43 PM IST. For more news and updates on politics, world, sports, entertainment and lifestyle, log on to our website latestly.com).