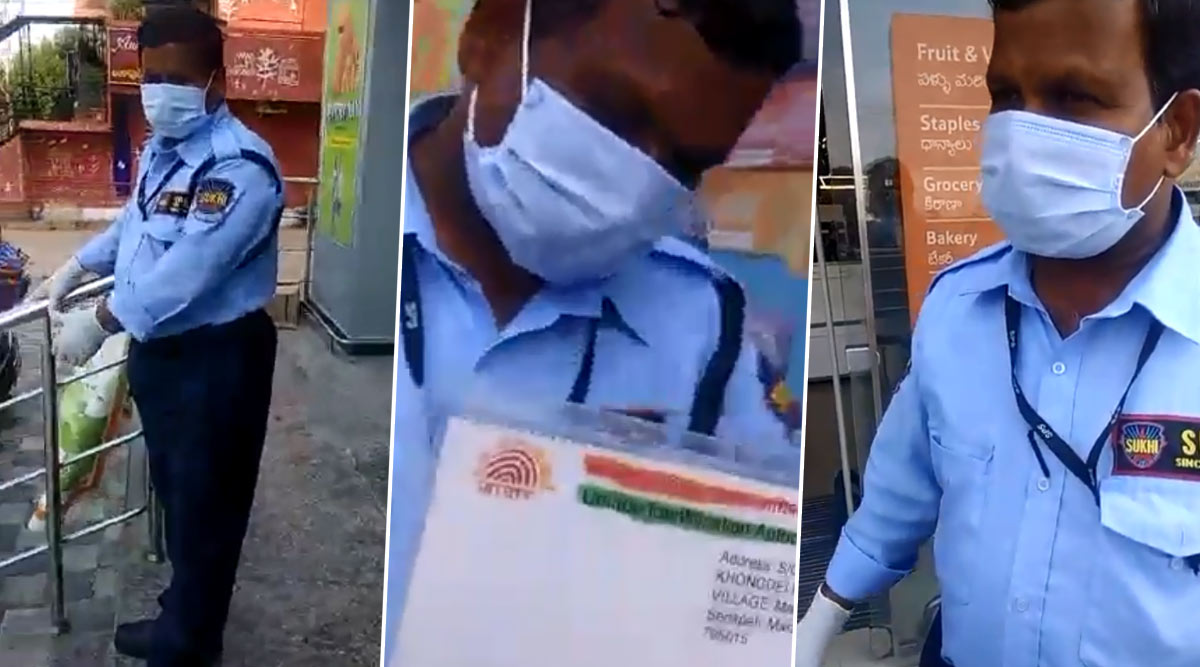 Hyderabad, April 9: In a case of coronavirus- induced racism, two students from Manipur were allegedly denied entry into a supermarket here reportedly due to their facial appearance, police said on Thursday.

The private security guards, along with the store manager, were taken into custody for not letting the two do shopping, police said on Thursday. A video of the incident, purportedly showing one security guard saying there is no entry for them, even as two persons were heard seeking to know the reason for the refusal of entry, went viral, the police said. 'Stop Calling Us Corona, Ch***i, Chinese', Northeast Indian Students Facing Racism During Coronavirus Scare Urge in a Heart-Breaking Viral Video.

The incident happened on Wednesday when the two students, aged around 24, pursuing BTech course in the city, went to buy grocery and vegetables, they said. Based on a complaint, acase was registered under IPC sections 341(wrongful restraint), 153-A(promoting enmity between different groups) and other relevant sections and two security guards and the store manager were taken into custody, an Investigating official told PTI.

Reacting to the video, Union Minister of State for Youth Affairs and Sports Kiren Rijiju tweeted: "Give me the details where this incident took place." Taking a serious note of the episode, Telangana IT and Industries Minister K T Rama Rao said termed it as absolutely ridiculous and unacceptable and said racism in any form should be dealt with sternly.

Rama Rao tweeted: "This is absolutely ridiculous and unacceptable. Racism in any form should be dealt with sternly Request @TelanganaDGP Garu to instruct all Police Commissioners & Superintendents of Police to take up these issues seriously with retail association & send out a clear message."