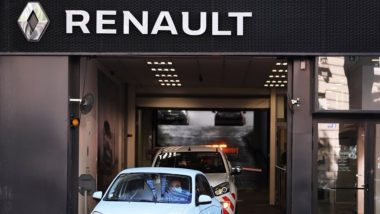 Chennai, May 25: A day after its workers union announced indefinite boycott of work from May 26, Franco-Japanese car making joint venture Renault Nissan Automotive India Private Ltd on Tuesday decided to close its factory between May 26-30 and restart on May 31, a top union leader said.

"The management had talks with the union today (Tuesday). They have decided to close down the factory from May 26 to May 30. They said they would restart the factory on May 31," Renault Nissan India Thozhilalar Sangam (RNITS) President K. Balaji Krishnan told IANS.

The Renault Nissan Automotive management has said it will communicate the measures that will be taken. According to a union leader, the company has said it will begin vaccination of workers immediately.

The RNITS is awaiting the management's complete response to the issues raised including rationalising production to bring in place social distancing norms.

The RNITS had complained to the court that Renault Nissan Automotive is seeking to take advantage of the exemption granted by the Tamil Nadu government without even bringing down the level of production to only so much as may be necessary to meet the export commitments.

(The above story first appeared on LatestLY on May 25, 2021 08:52 PM IST. For more news and updates on politics, world, sports, entertainment and lifestyle, log on to our website latestly.com).