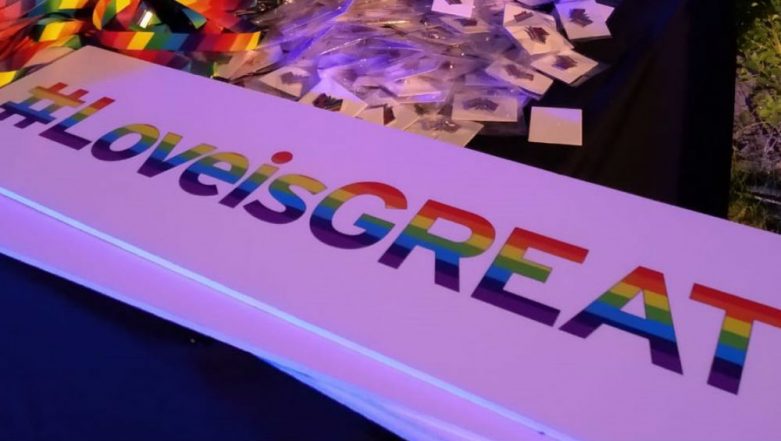 New Delhi, October 4: The British High Commission in India on Thursday hosted a reception to celebrate the Supreme Court judgement decriminalising Section 377. According to a tweet by ANI, over 100 members of the LGBT community, human rights activists and lawyers gathered at the event in the national capital to celebrate the top Court's landmark judgment. On September 6, a constitution bench of the Supreme Court unanimously decriminalised part of the 158-year old colonial law under Section 377 of the IPC which criminalises consensual unnatural sex, saying it violated the right to equality.

Misra added that the LGBTQ community needs the rainbow of hope for the sake of the humanity and they should be allowed to live with dignity and without pretence. Misra said it is time to empower LGBTQ community against discrimination and to allow them to make their choices. Highlights of the historic Supreme Court verdict.

Celebrations broke out after the verdict of the Apex Court, activists, members of the LGBTQ (lesbian, gay, bisexual, trans, queer) community, authors and politicians welcomed the decision of the top Court. The LGBTQ community and others welcomed the Supreme Court judgment decriminalising consensual gay sex, asserting that the "historic" verdict granted them a basic human right but also acknowledging that complete equality was still some distance away.