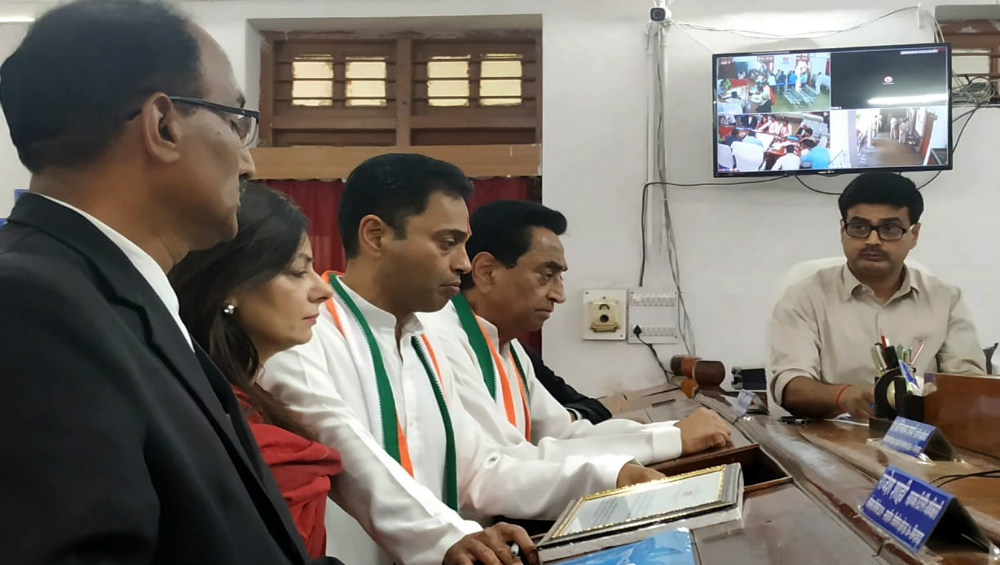 Bhopal, February 17: Amid row over the removal of late Maratha king Shivaji's bust from a trisection in Madhya Pradesh's Chhindwara, the Congress-led state government has switched to damage control mode. The Lok Sabha MP from Chhindwara and Chief Minister Kamal Nath's son - Nakul Nath - announced the installation of two life-size statues of Shivaji to placate those agitated by the removal of the bust.

Nakul, who was the lone Congress lawmaker to be elected from Madhya Pradesh in the 2019 general elections, decided to address the controversy before it snowballs into a major issue. He announced on Sunday that the two proposed-statues of Shivaji would be set up at Sausar and Pandhurna in Chhindwara district. MP: Shivraj Chouhan Performs Puja at Place Where Chhatrapati Shivaji Maharaj Statue Was Removed.

Both the places selected for the statues are close to the borders of Maharashtra - where the Congress is in power in alliance with the Nationalist Congress Party (NCP) and the Shiv Sena. The row over Shivaji could had raised apprehensions within the Maharashtra-ruling coalition, as the Sena considers Shivaji as its top ideologue.

Ahead of Nakul's announcement, former Madhya Pradesh CM and Bharatiya Janata Party (BJP) veteran Shivraj Singh Chouhan addressed a rally in Chhindwara to mark his protest against the removal of Shivaji's bust. He also performed a bhumi poojan outside the civic office where the removed bust has been kept in Chhindwara.

The statue was removed from a road trisection at Sausar, where it was reportedly installed without permission by a group overnight. Chouhan, while addressing BJP workers and agitated locals, said the BJP would not tolerate any insult towards Shivaji. He further demanded the Shiv Sena to call off the alliance with Congress due this incident. "If the late Balasaheb Thackeray would had been alive today, he would had broken all ties with the Congress," he said.