Shooting at Base of Central Forces in West Bengal's Howrah, Soldier Reportedly Killed 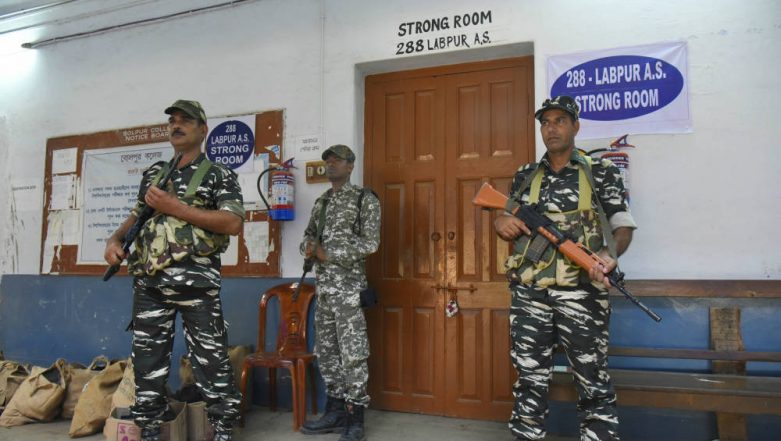 Kolkata, May 2: A shooting was reported at a base of central forces in West Bengal's Howrah district on Thursday. Initial reports said one soldier was killed in the shooting. The identity of the deceased soldier was not immediately known. The central forces were deployed in Howrah for the ongoing Lok Sabha elections. It was not clear who fired upon the troops.

The Howrah Lok Sabha seat will go to polls on May 6 in the sixth phase of Lok Sabha elections. The results will be declared on May 23. Polling in the last four phases in West Bengal was marred by violence with clashes between workers of the ruling Trinamool Congress (TMC) and the Bharatiya Janata Party (BJP). Violence continued in the state on Wednesday as well.

While political leaders complained of post-poll violence in Asansol and Birbhum, which went to the hustings on Tuesday, there were disturbances in Medinipur parliamentary constituency where elections are scheduled to be held on May 12. A BJP worker was attacked in Goaltore area of West Midnapore district.

In Bhatpara area in Barrackpur constituency, some vehicles were set on fire during clashes between BJP and Trinamool workers. Polling in this area will be held in the next phase on May 6.