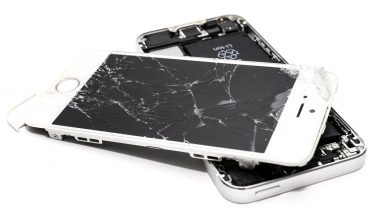 Chennai, August 10: In a tragic incident, a woman and her two sons were killed reportedly after a mobile, which was kept on charging, exploded near Karur in Tamil Nadu. Reports inform that while the woman died on the spot, her sons died on the way to the hospital. According to a report by the news minute, the woman identified as Muthulakshmi lived in a house in Rayanur near Karur town, with her twin sons aged around three years old.

Around 2.5 years ago, Muthulakshmi separated from her husband due to domestic issues, and was running a small hotel near Rayanur. She lived alone in Rayanur with their two sons and her parents. The woman slept on the sofa in her house and her phone was plugged in to charge near her. The report stated that on Monday around 6 am, smoke was reported from her house after which her neighbours alerted the fire department. Shocking Viral Video! Mobile Blasts in Man’s Pocket, Caught on CCTV Camera at an Eatery in Mumbai.

Soon after, the officials rushed to the house and found Muthulakshmi and her two kids lying unconscious inside the house. While the mother had died, the two boys were declared dead by hospital authorities. The report states that the police took their bodies to the government hospital in Karur, where an autopsy will be conducted. After this, the bodies will later be handed over to Muthulakshmi’s parents. Meanwhile, an FIR has been registered for unnatural death and the investigation is underway.

(The above story first appeared on LatestLY on Aug 10, 2020 10:41 PM IST. For more news and updates on politics, world, sports, entertainment and lifestyle, log on to our website latestly.com).