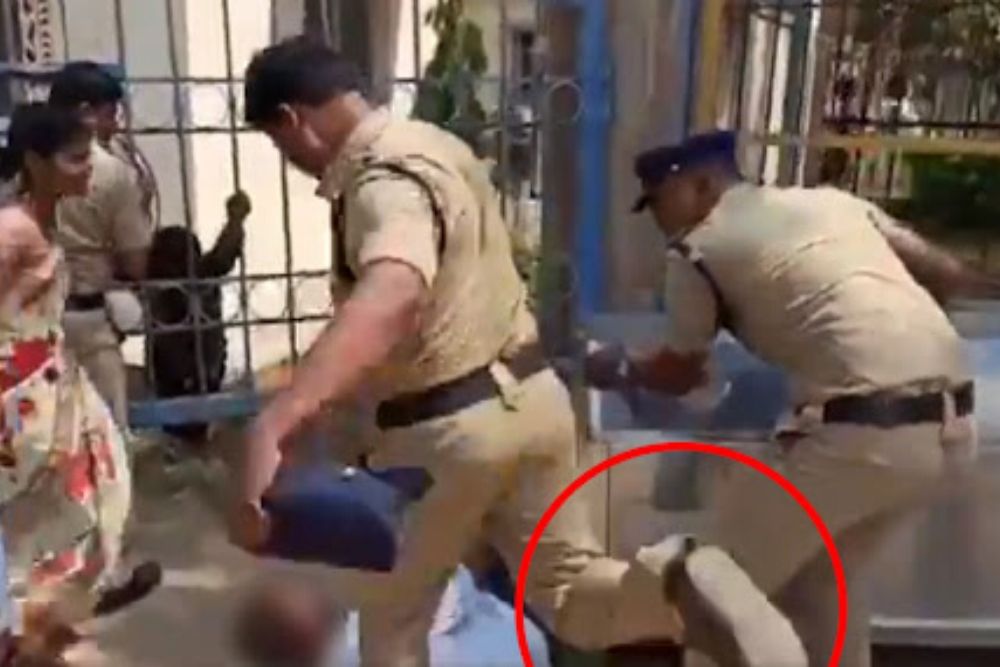 Hyderabad, February 27: Telangana Police on Thursday suspended a policeman who was caught on camera kicking the grieving father of a 16-year-old college student who had allegedly committed suicide at the college hostel.

The video had gone viral on the social media, triggering the public uproar. The SP had Wednesday removed the erring police constable from duty by attaching him with Armed Reserve (AR) headquarters. However, many were not satisfied with the action and some netizens wondered if it was a punishment.

Sandhya Rani, student of Intermediate First Year (11th standard) had allegedly committed suicide at the hostel of a private college in Velimala village in the same district on Tuesday.

Police had registered a case of criminal negligence against the college management on the complaint of her father Chandrashekhar, who claimed that she was suffering from fever for last one week but the college authorities failed to send her home or get her treated.

When the body was kept at mortuary room in government hospital, Patancheru for autopsy, the girl's relatives and students forcibly took away the body. They wanted to take the body to college and stage a protest to demand justice.

The police managed to take possession of the coffin after dispersing the protestors. As they were carrying back the coffin to the hospital, the girl's father tried to block their path wanting to know how his daughter died.

The man threw himself to the ground, clinging to the coffin. The police personnel carrying the coffin pushed the man and one of them kicked him repeatedly. Later, an autopsy was conducted on the body but the family refused to take the body till justice was done to them. Telangana Girl Who Committed Suicide for Failing Inter Exam Declared Passed After Re-evaluation.

The college management late Wednesday announced Rs 15 lakh compensation for the girl's family. The family later received the body and transported it to their native village in Mahabubnagar district for the last rites.