Uttar Pradesh: Dalit Woman Pradhan Made To Sit On Floor At Meeting in Mahoba, FIR Filed Against 10 People

The incident has been reported from Nathupura village under Kotwali police circle, where Savita Devi Ahirwar, 25, was elected as gram pradhan in the recently concluded panchayat polls. 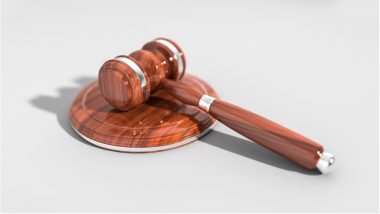 Mahoba (UP), June 6: A newly elected Dalit woman village pradhan in Uttar Pradesh has alleged that she was abused, forcefully evicted from her chair and made to sit on the floor by some local influential persons during her maiden meeting with the officials in Mahoba district.

According to reports, Ahirwar was holding a meeting with officials in the Panchayat Bhawan on Wednesday in the presence of assistant development officer (ADO) Panchayat and block development officer (BDO) when a few influential persons of the village, including one Ramu Rajpoot, reached there and started abusing her. Karnataka Shocker: Gangrape of Girl Comes to Light Three Months After Incident, Five College Students Arrested.

According to Savita, 'I was having my first meeting with the officials when Ramu, Rupendra, Arjun, Ravindra and six unknown persons entered the room. Ramu soon started bullying me and asked me to follow his instructions instead of raising the problems of the villagers. When I refused to oblige, Ramu grabbed me by my hand and started using a casteist slur against me. He then forced me to leave the chair and sit on the floor.'

However, in the FIR lodged by Savita, it is only mentioned she was forced to leave her chair by the accused, who grabbed her by her hand and hurled casteist abuses.

Additional SP Mahoba, R.K. Gautam, said, 'The accused Ramu Rajpoot and his associates were booked for rioting, assault using criminal force to woman with intent to outrage her modesty and under the SC/ST Act, Ramu has been arrested and further investigations are underway.'

(The above story first appeared on LatestLY on Jun 06, 2021 11:17 AM IST. For more news and updates on politics, world, sports, entertainment and lifestyle, log on to our website latestly.com).