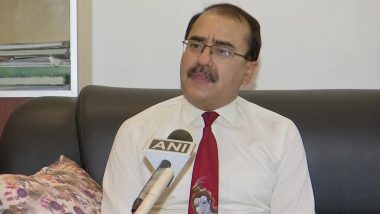 Dehradun, May 28: Uttarakhand Principal Chief Conservator of Forest, Jai Raj on Thursday asserted that people on social media platforms were spreading misleading information related to Uttarakhand forest fires. The official claimed that pictures showing trees burning are not from Uttarakhand as such fires don't occur in the hill state. He added saying that such forest fire incidences occur in Canada, US and Australia. Amid the rising number of fake news related to Uttarakhand forest fires, the official said that Police complaint will be filed against people spreading such rumours. "Some misleading info is being spread on social media. Our website regularly updates info on forest fire. Photos on social media are showing entire trees on fire. Such forest fires take place in Canada, US & Australia", Raj said.

Giving details about the forest fires in Uttarakhand, the official said so far, the wildfire has affected 111 hectares, causing loss of Rs 3 Lakhs. He said forest fires in the state remain confined to ground, affecting grass and bushes and in monsoon, everything goes back to normal.  Uttarakhand Forest Fires' Fake Pics Spread Rapidly on Social Media! Officials Request Not to Panic and Stop Sharing Old Photos (Check Tweets).

Take a Look at the tweets:

On Wednesday, Chief Minister Trivendra Singh Rawat had also said that old pictures of forest fires in Chile and China were being circulated on social media platforms to claim that fire broke out in the forests of Uttarakhand. "A misleading propaganda, using old pics of forest fires of 2016 and 2019 and that of forest fires in Chilean and Chinese forests, is raging on social media. I request everyone to not believe in such motivated campaign. Fire incidents reported until yesterday is way less than previous years," Rawat said in a tweet.

Also, Ashok Kumar, Director General (law and order) had said an FIR was registered against people, who were spreading rumours about fire in the forests of Uttarakhand. Kumar warned of stringent legal action against any such person spreading misleading information.

(The above story first appeared on LatestLY on May 28, 2020 11:30 AM IST. For more news and updates on politics, world, sports, entertainment and lifestyle, log on to our website latestly.com).