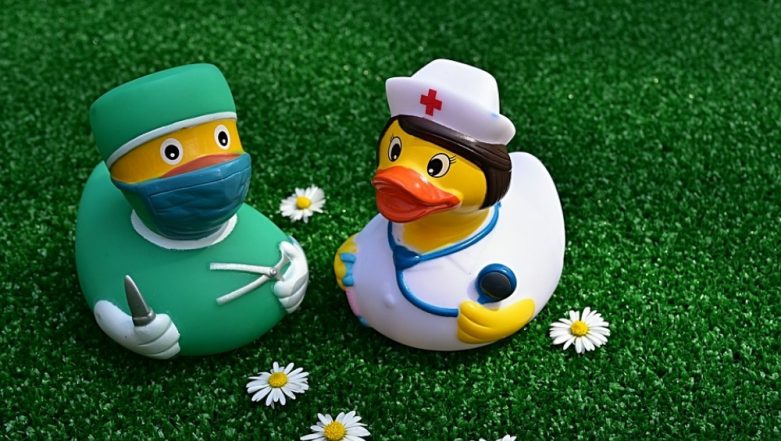 A doctor from Madhya Pradesh has landed himself in trouble after a video of him kissing a woman, believed to be a nurse inside an operation theatre has gone viral. The Ujjain district hospital civil surgeon was removed from his position as the clip was shared widely on social media. The 49-year-old had to step down from his post for the "behaviour unbecoming of an officer", Ujjain district collector Shashank Mishra on Sunday told PTI.

Mishra was quoted as saying, "I have removed him from the post of the civil surgeon of the district hospital." He also said he has sought an explanation from the senior doctor.

He added saying that the civil surgeon has been replaced with Dr PN Verma. District Chief Medical and Health Officer (DCMHO) Dr Mohan Malviya said Divisional Commissioner is expected to order an enquiry into the incident. Mishra further stated that he is awaiting a response from the doctor who has been on leave since the past two days. Bihar: Nurses of a Hospital in Katihar Thrash a Doctor Who Allegedly Molested Female Medical Staff; Watch Video.

According to PTI, the woman is a nurse at the district government hospital, and the operation theatre shown in the video is one at the hospital. Dr Malviya refused to comment if the clip was shot in the operation theatre or not. Local police denied having received any complaints so far. The identity of the doctor or the nurse has not been revealed yet. The current position of the nurse at the hospital is unknown.