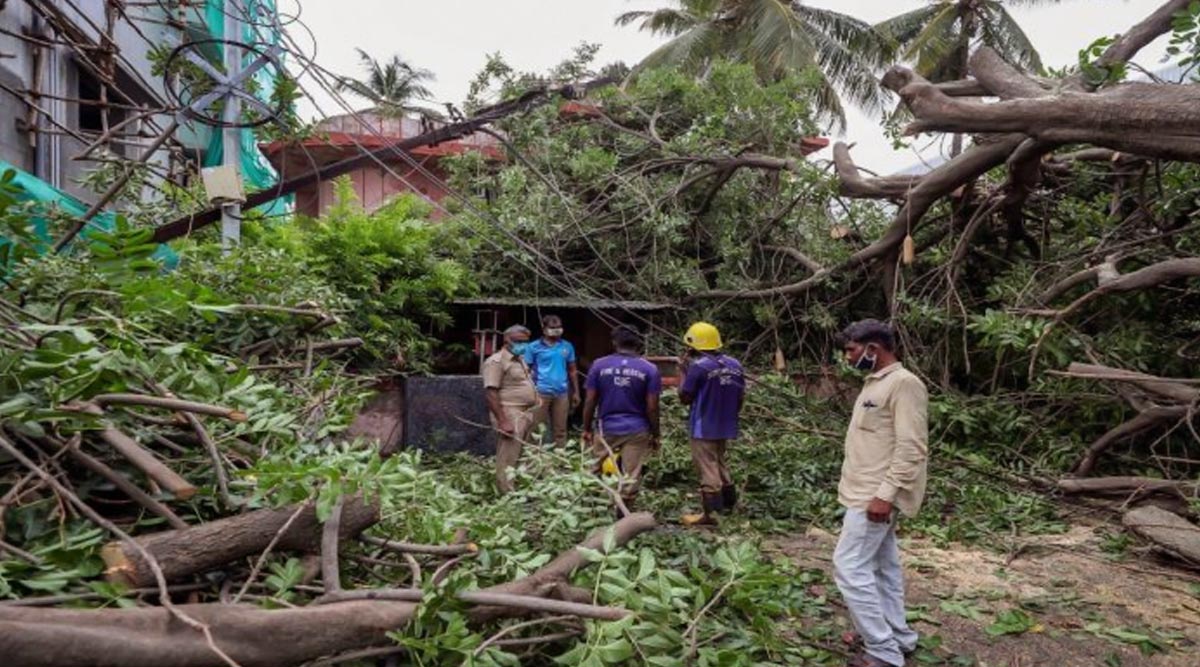 Kolkata, May 23: The West Bengal government on Saturday sought the support of the Indian Army, railways and port for restoring essential infrastructure and services in the cyclone-ravaged areas of the state. It also urged private entities to provide manpower and equipment for the purpose.

In a series of tweets, the Home Department said that the state government has mobilised maximum strength in a unified command mode for immediate restoration of essential infrastructure and services. Cyclone Amphan Toll Rises to 85 in West Bengal; People in Kolkata Stage Protests Demanding Restoration of Power, Water Supply.

"Army support has been called for; NDRF and SDRF teams deployed; Rlys,Port & private sector too requested to supply teams and equipment (sic)," it tweeted. Cyclone Amphan: PM Narendra Modi Announces Rs 2 Lakh Ex-Gratia Each to Kin of Deceased, Rs 50,000 Each to People Injured in West Bengal.

It said that drinking water and drainage infrastructure is getting restored fast and the Public Health Engineering Department has been asked to supply water pouches in areas where there is a crisis.

"Generators being hired where necessary. More than a hundred teams from multiple departments and bodies working for cutting of fallen trees which is the key to restoration of power in localities," the Home Department said.

"WBSEDCL & CESC asked to deploy maximal manpower, even while lockdown significantly affects the deployment potential of the latter. Police on high alert," the it added.

The announcement came after protests in several parts of Kolkata and neighbouring districts over power and water crisis even three days after cyclone 'Amphan' hit the state.

Chief Minister Mamata Banerjee has urged people to have patience as the administration was working tirelessly to restore normalcy.

Cyclone 'Amphan' has claimed 86 lives in the state and caused havoc in at least 14 districts, mainly in South 24 Parganas, Kolkata, North 24 Parganas and East Midnapore.