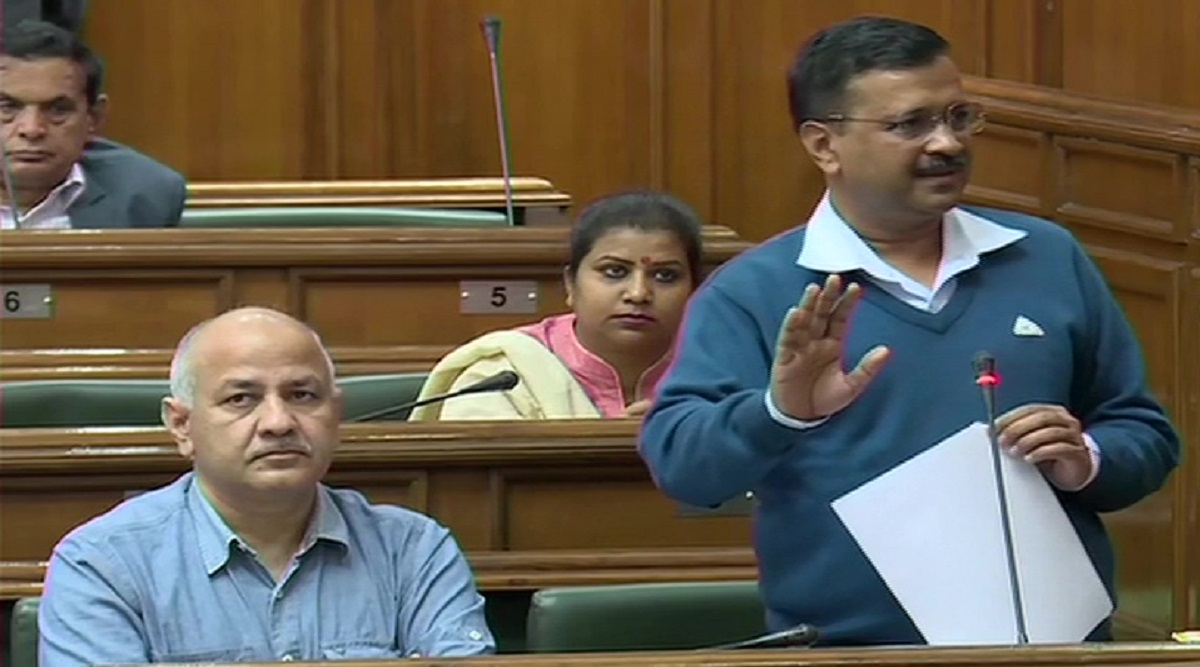 New Delhi, February 26: Issuing a statement over the fatal violence in North East Delhi, Chief Minister Arvind Kejriwal told the legislative assembly on Wednesday that "external elements" are responsible for the clashes. The AAP leader, in an address to legislators of his party as well as the Opposition BJP, said the violence in the national capital is orchestrated by "external elements".  'Can't Let Another 1984 Riots Happen', States High Court; Police Says Haven't Seen Kapil Mishra's Video.

Kejriwal told the House that the common residents of Delhi, irrespective of whether they are Muslims or Hindus, are against communal clashes. He also attacked his political rivals in a veiled manner, saying that certain "political elements" are also to be blamed for the violent clashes that has gripped the northeastern part of the city.

"People of Delhi do not want violence. All this has not been done by the 'aam aadmi'. This has been done by some anti-social, political and external elements. Hindus and Muslims in Delhi never want to fight," the Delhi CM said in the assembly.

Delhi CM Arvind Kejriwal in Delhi Assembly: People of Delhi do not want violence. All this has not been done by the 'aam aadmi'. This has been done by some anti-social, political and external elements. Hindus & Muslims in Delhi never want to fight. #DelhiViolence pic.twitter.com/gE655ZNgJs

Kejriwal's address in the assembly was preceded by the Delhi High Court's critical observation over the role of the election government in the ongoing violence. Even as the law and order of national capital falls under jurisdiction of the Union Home Ministry, the bench of Justices S Muralidhar and Talwant Singh said the Chief Minister should be part of the confidence building measures.

"The CM and Deputy CM should also visit the affected areas for confidence-building among people. This is the time to reach out," the High Court was reported as saying. Meanwhile, National Security Advisor Ajit Doval visited the minority-dominated pockets of North East Delhi shortly after the court was adjourned. He assured the dwellers of "security, peace and harmony".

The violence in Delhi, which erupted on Monday - a day after BJP leader Kapil Mishra issued an "ultimatum" to anti-CAA protesters in Jaffrabad and Chand Bagh - has claimed 25 lives so far. The number of injured victims has jumped to above 200, including both civilians and police personnel. Amid tensions prevailing in the national capital, Prime Minister Narendra Modi issued an appeal to exercise restraint and maintain normalcy.