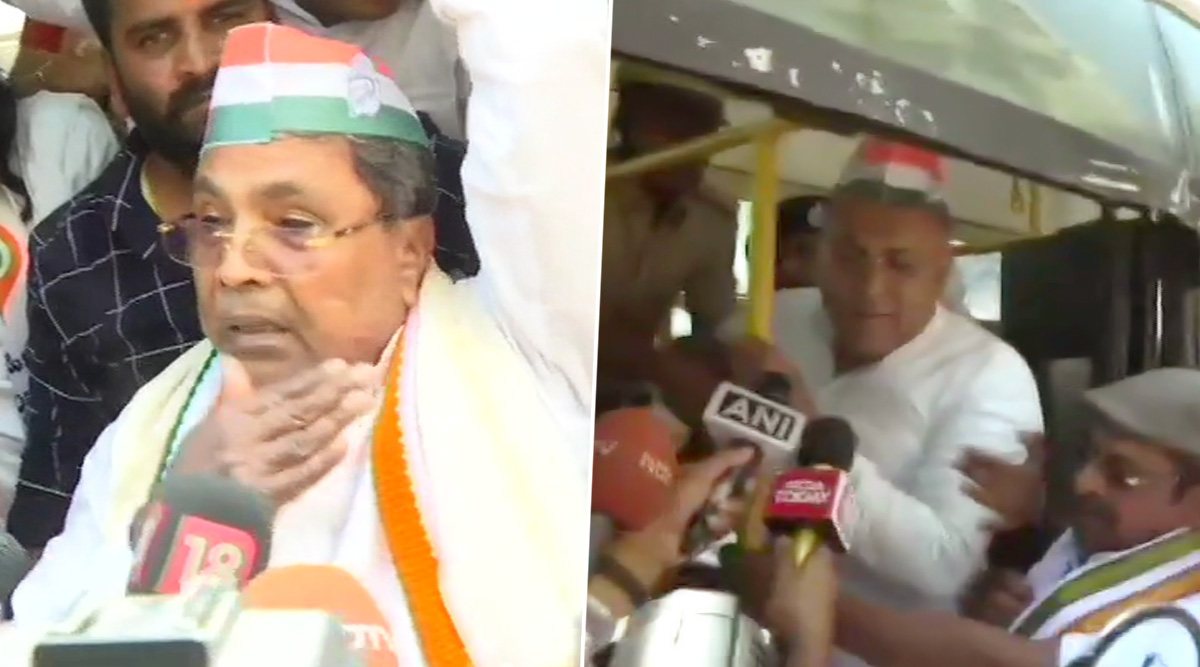 A school headmistress and a student's mother in Karnataka's Bidar were charged with sedition and arrested in connection with a play against the Citizenship Amendment Act, in which the minor students allegedly abused Prime Minister Narendra Modi. On Saturday, Congress leaders and workers assembled in large numbers and planned to march and protest in front of the Chief Minister's Office. Karnataka Sedition Case: Session Court Grants Bail to Principal & Teacher of Shaheen School in Bidar.

"Police is being misused by this government, those who raise their voices against central government and BJP are being booked for sedition. We are going to protest in front of the Chief Minister's office," Dinesh Gundu Rao told news agency ANI. However, Congress's protest march was foiled by cops who detained Siddaramaiah, Rao and other leaders and workers. On Thursday, Siddaramaiah had termed the mother's arrest "unconstitutional and high-handed".

Fareeda Begum, headmistress of Shaheen Primary and High School, and Nazbunnisa, a parent of one of the students in the anti-CAA play, were booked under section 124A (sedition) along with sections 504 (Intentional insult with intent to provoke breach of peace), 505(2) (Statements creating or promoting enmity, hatred or ill-will between classes), 153A (promoting, attempting to promote disharmony) and 34 (common intent) of the Indian Penal Code.