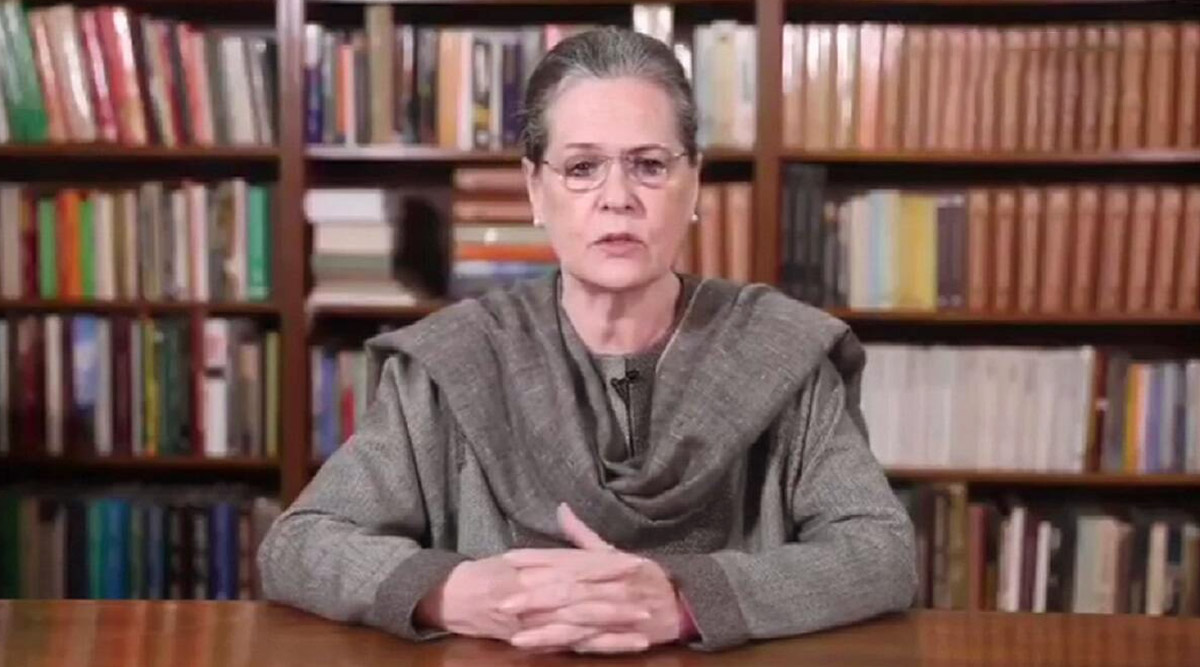 New Delhi, May 19: Congress president Sonia Gandhi has called a meeting of opposition parties on May 22 to discuss the plight of migrant workers due to the coronavirus-induced lockdown and the government's handling of the crisis, including the announcement of the economic package.

According to sources, the aim of the meeting, which Gandhi will chair via video-conferencing, is to bring the like-minded parties together on a common platform and find a solution to the hardships faced by lakhs of migrants returning to their native places. Congress Leader and Rajasthan Deputy CM Sachin Pilot Says Centre Doing Politics Over Migrant Issue.

Around 17 opposition parties have agreed to participate in the meeting, which will also focus on the problems faced by the farmers and the changes in labour laws in BJP-ruled states, including Uttar Pradesh.

The virtual meeting will be held at 3 PM on Friday, sources said, adding the Samajwadi Party and the Bahujan Samaj Party have not confirmed their participation yet.

The Congress chief has personally made calls to several opposition leaders and sought their coorperation in finding a joint strategy to address the issue of stranded migrants, sources said.

Confirming her participation, West Bengal Chief Minister Mamata Banerjee in Kolkata told reporters,"Yes, there will be a meeting of opposition parties on Friday evening through video conferencing to discuss the present COVID situation and the lockdown impact. I will be there."

CPI leader D Raja said his party would participate in it. He said his party would also raise the issue of some states diluting the labour laws. Asked about the meeting, Congress chief spokesperson Randeep Surjewala said Congress president Sonia Gandhi and Rahul Gandhi have risen to the occasion whenever there have been pressing issues.

"Parliament which is the supreme authority has virtually been sidestepped and parliamentary scrutiny and oversight seems to be virtually non-existent. Democratic institutions in the country are in a state of slumber and it does not bode well for democracy," he said.

Rendered jobless due to the coronavirus-induced nationwide lockdown, which began on March 25, and desperate to get home, thousands of migrant workers across the country are undertaking long and arduous journeys to their native places on foot, on bicycles or packed into trucks.

Many of them have been killed in accidents in different parts of the country.

The Opposition has criticised the government over its handling of the migrant crisis.

The Congress and other opposition parties have also attacked the Centre for allowing BJP-ruled states of Uttar Pradesh, Madhya Pradesh and Gujarat to amend labour laws to lure foreign investors and "to strip workers of their basic rights".

These changes include exempting industrial units from labour welfare statutes, allowing them to take steps such as increasing daily and weekly working hours of workers, and depriving workers of their right to move court.