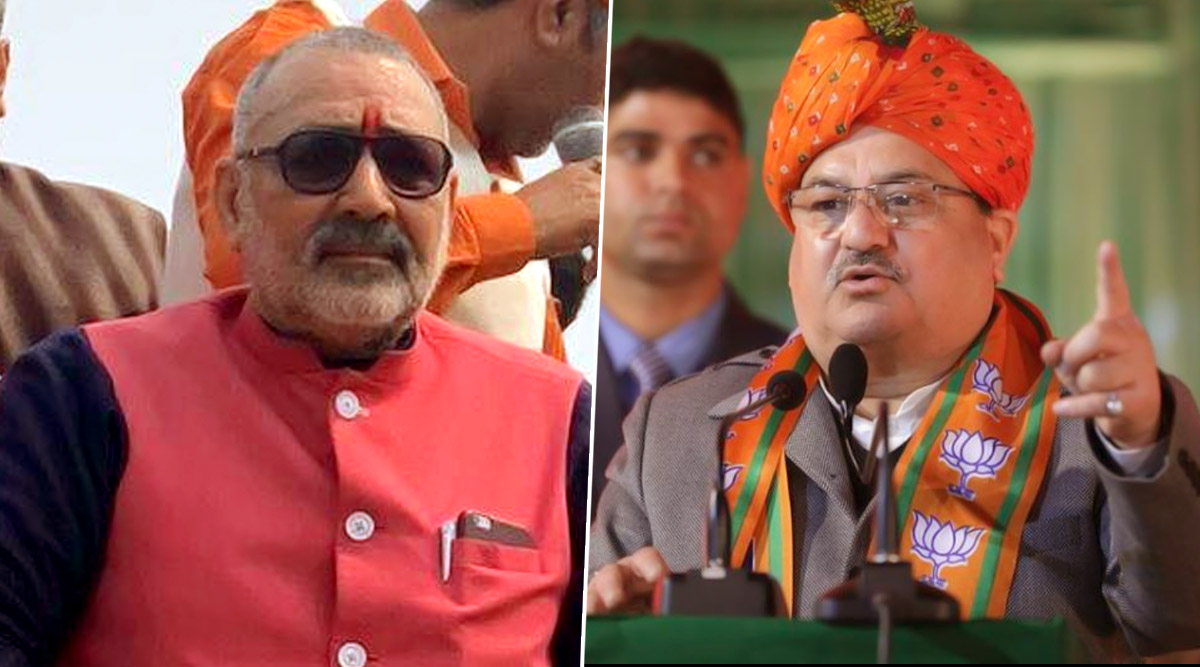 Earlier this week, Singh called Islamic seminary Deoband in Saharanpur a factory producing terrorists. Termed it as "aatankvaad ki Gangotri", the Union Minister said that Deoband produces terrorists like Hafiz Saeed. "I had once said earlier that Deoband is the Gangotri of terrorists. All most wanted terrorists of the world came from Deoband, including Hafiz Saeed or any of the others," Singh, who represents Bihar's Begusarai parliamentary seat, said. Delhi Elections 2020: Anurag Thakur, Parvesh Verma Face EC Action For 'Provocative' Remarks, Removed From BJP List of Star Campaigners.

Singh had earlier alleged that 'suicide bombers' are being raised in Delhi's Shaheen Bagh where hundreds of women have been protesting against the Citizenship Amendment Act (CAA), National Register of Citizens (NRC) and National Population Register (NPR) for over a month. Referring to a video, in which a few children are purportedly making some objectionable comments against Prime Minister Narendra Modi, the BJP leader said poison is being drilled into the minds of kids.

"This Shaheen Bagh protest is no longer an agitation. A group of suicide bombers is being raised here and conspiracy against the country is being hatched in its capital," he had claimed. Recently, former BJP chief Amit Shah said that the party might have suffered in the Delhi polls due to hate speeches made by their members. BJP could win 8 seats, while the Aam Aadmi Party (AAP) bagged 62 in the 70-member House.