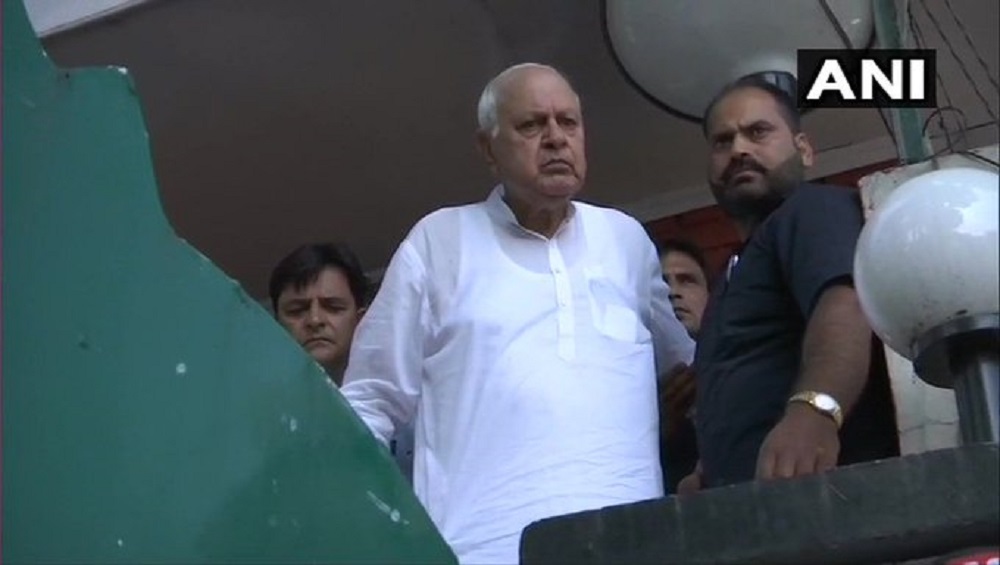 Srinagar, January 11: The National Conference on Saturday appealed for early release of all political leaders, detained in August last year, for resumption of political activities in the new Union Territory of Jammu and Kashmir. Rejecting reports appearing in a section of the media, the NC said it was not working on any deal with the Centre to secure release of its leadership.

Terming the reports "baseless", the NC said in a statement that both its patron Farooq Abdullah and his son Omar Abdullah as well as other detained leaders of the party would never leave Kashmir. "The party would like to place on record that no such deal has been offered nor would any deal ever be acceptable," the statement said. Jammu and Kashmir: National Conference Delegation Granted Permission to Meet Farooq Abdullah, Omar on Sunday.

It said that there was no question of any of the party's leaders "going into exile or leaving the country". "All those detained in the first week of August 2019 should be released unconditionally and allowed to resume normal activities," the statement said.

The Abdullahs were among a host of politicians detained on August 5 last year when the Centre announced abrogation of the state's special status under Article 370 of the Constitution and its bifurcation into union territories -- Jammu and Kashmir, and Ladakh. The senior Abdullah was later slapped with the stringent Public Safety Act on September 17.