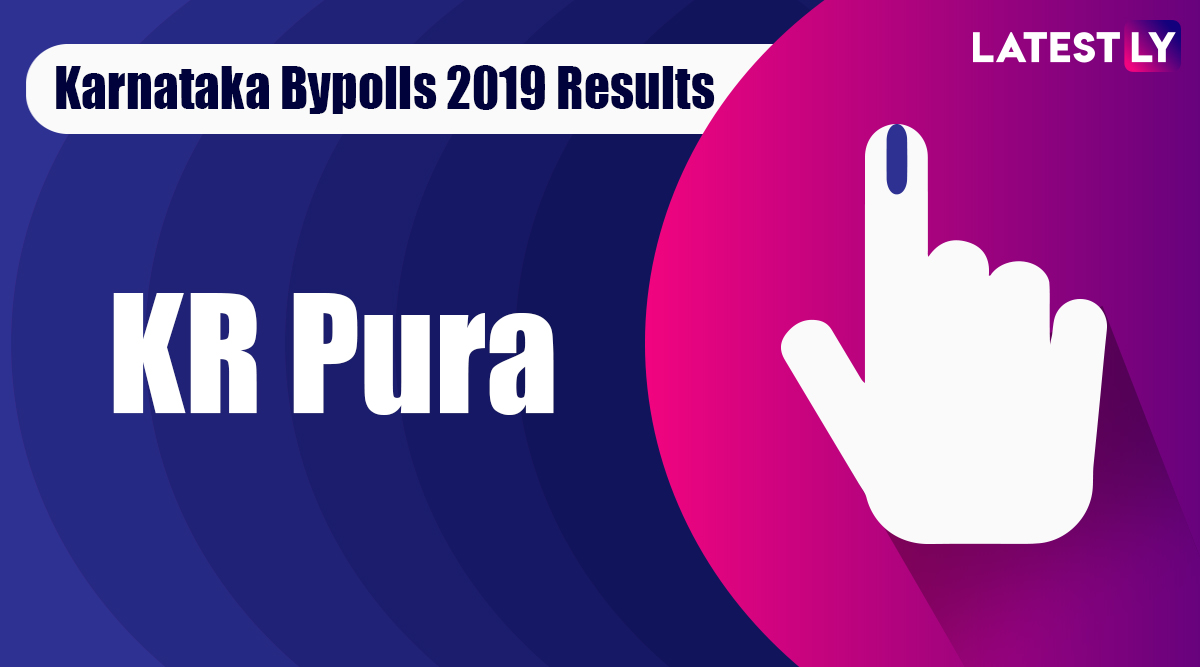 Bengaluru, December 9: The result of the by-election held in Karnataka's KR Pura assembly constituency will be declared today. Counting of votes for the KR Pura bypoll results will begin at 8 am. LatestLY will give you live updates on the KR Pura by-election result. In KR Pura assembly seat, the contest is between Bharatiya Janata Party's Bharathi Basavaraj, Congress candidate M Narayanswamy and Janata Dal (Secular) nominee C Krishnamurthy. BJP's Basavaraja was leading in the initial trends. Karnataka Bypolls 2019 Exit Polls Results: BJP to Maintain Majority Status in Assembly With Victory in 8-12 Seats, Predicts Surveys.

The by-election in KR Pura seat was necessitated after Bharathi Basavaraj was disqualified as an MLA under the anti-defection law for quitting the Congress and joining the BJP.  Besides KR Pura, bypolls were also held in 14 other seats on December 5 due to disqualification of legislators. Around 67.9 percent (26 lakh) of the 38 lakh voters cast their ballots in the 15 constituencies. Karnataka By-Elections 2019: Why Bypolls to 15 Seats Matter For BJP.

The by-elections results will decide the fate of four-month-old BS Yeddyurappa government in Karnataka. The BJP needs to win at least six seats to retain its majority in the 224-member house as the party has currently 105 MLAs including an independent MLA in the Assembly. BJP fielded all the rebel Congress and JD-S MPs who helped topple the JD-S-Congress government in the state.

Local exit polls in Karnataka predicted that the ruling BJP will win the majority of the seats that went for by-elections. Power TV, a Kannada news channel, estimated a minimum of eight and a maximum of 12 assembly seats for the BJP. For Congress, it predicted three to six wins in the by-elections and 0 to two seats for JD(S).