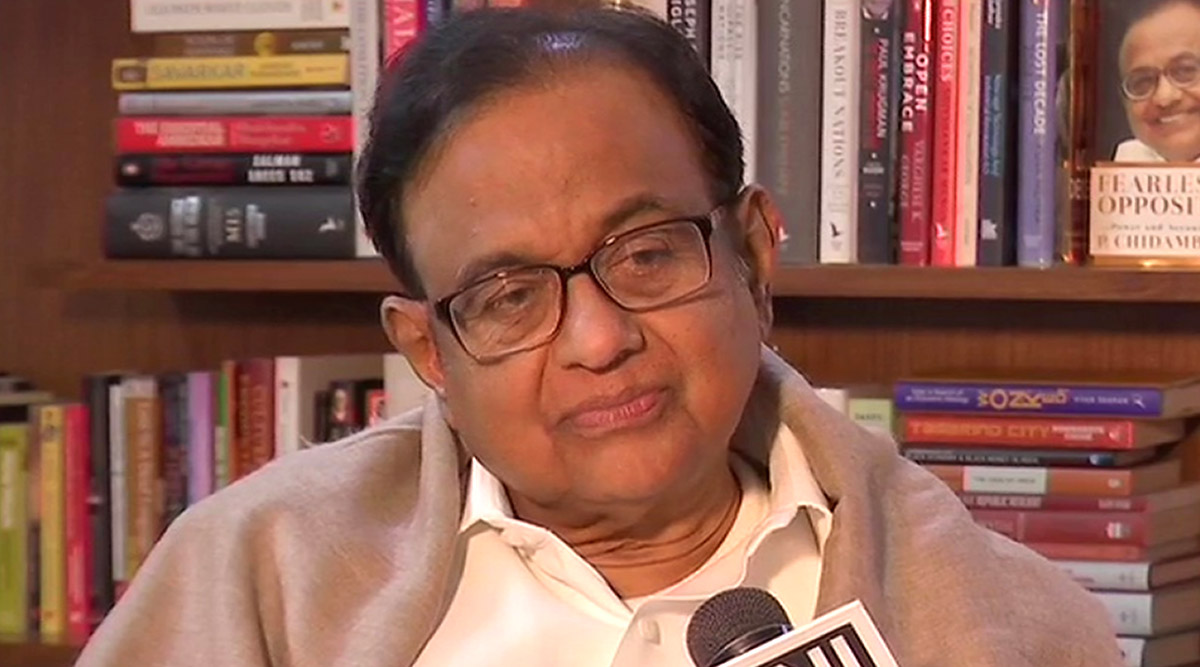 New Delhi, March 24: Former Union Finance Minister P Chidambaram on Tuesday attacked the Modi government for the delay in setting up a Special Economic Task Force to analyse the effects of coronavirus pandemic on Indian economy and to create a road map to reduce the financial strain. In a series of tweets, the senior Congress leader wrote: "Woke up to read the shocking news that, four days after the PM's announcement, the promised Economic Task Force has not been set up by the government!"

He questioned Finance Minister Nirmala Sitharaman, saying the Ministry of Finance has disowned responsibility for constituting the task force. "Why doesn't the FM pick up the telephone and speak to the PM? Or is that taboo in this government?" he asked. I-T Deptartment Files Charge-sheets Against P Chidambaram And His Family Members Under Black Money Act.

In his address to the nation on March 19, Prime Minister Narendra Modi announced the setting up the task force to assess the requirements of various sectors and oversee implementation of the proposed measures.