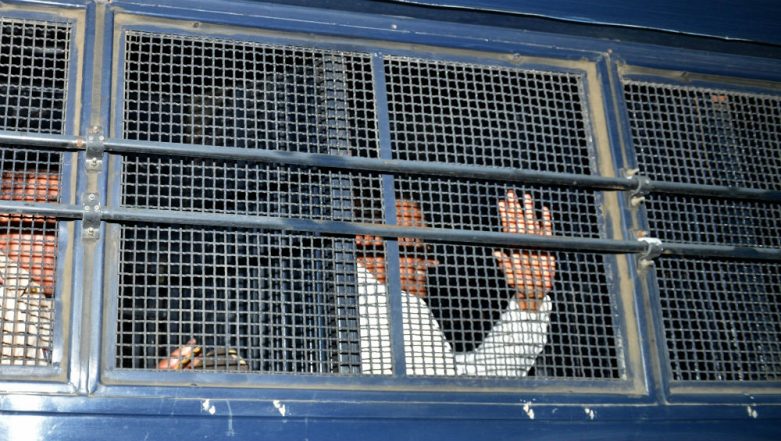 New Delhi, September 11: Former Union Finance Minister and senior Congress leader P Chidambaram, who is currently in judicial custody in the INX Media case, took another jibe at the Modi government on its handling of the country's economy. Chidambaram, in two tweets posted by his family, said the poor are worst affected and asked the Modi government if it has any strategy to come out of the economic slowdown. Aircel Maxis Case: P Chidambaram, Son Karti Get Anticipatory Bail by Special CBI Court.

"I am deeply concerned about the economy. The poor are the worst affected. Lower incomes, fewer jobs, less trade and lower investment affect the poor and the middle class. Where is the plan to get the country out of this decline and gloom?" Chidambaram's tweet read. The former minister also thanked his followers for their support and said he was "amazed by the capacity of the poor to distinguish between justice and injustice".

I am deeply concerned about the economy.

The poor are the worst affected. Lower incomes, fewer jobs, less trade and lower investment affect the poor and the middle class. Where is the plan to get the country out of this decline and gloom?

On Monday, Chidambaram said that he did not want any "officials involved" in the case to be arrested as they had done "no wrong". "I have requested my family to tweet on my behalf the following: People have asked me 'if the dozen officers who processed and recommended the case to you have not been arrested, why have you been arrested? Only because you have put the last signature?' I have no answer," he said, which was tweeted from his official Twitter handle by his family.

"No officer has done anything wrong. I do not want anyone to be arrested," Chidambaram said. The Congress leader was sent to the Tihar Jail by a Delhi court after his 14-day CBI custody ended. The senior Congress leader is under probe by the Central Bureau of Investigation (CBI) and Enforcement Directorate (ED) over alleged irregularities in grant of the FIPB clearance to INX Media at the alleged instance of his son Karti Chidambaram.

Earlier, outside the court after the hearing, Chidambaram, instead of saying anything on his arrest had said, "Five per cent. Do you know what is five per cent?" He was referring to the latest GDP figures.