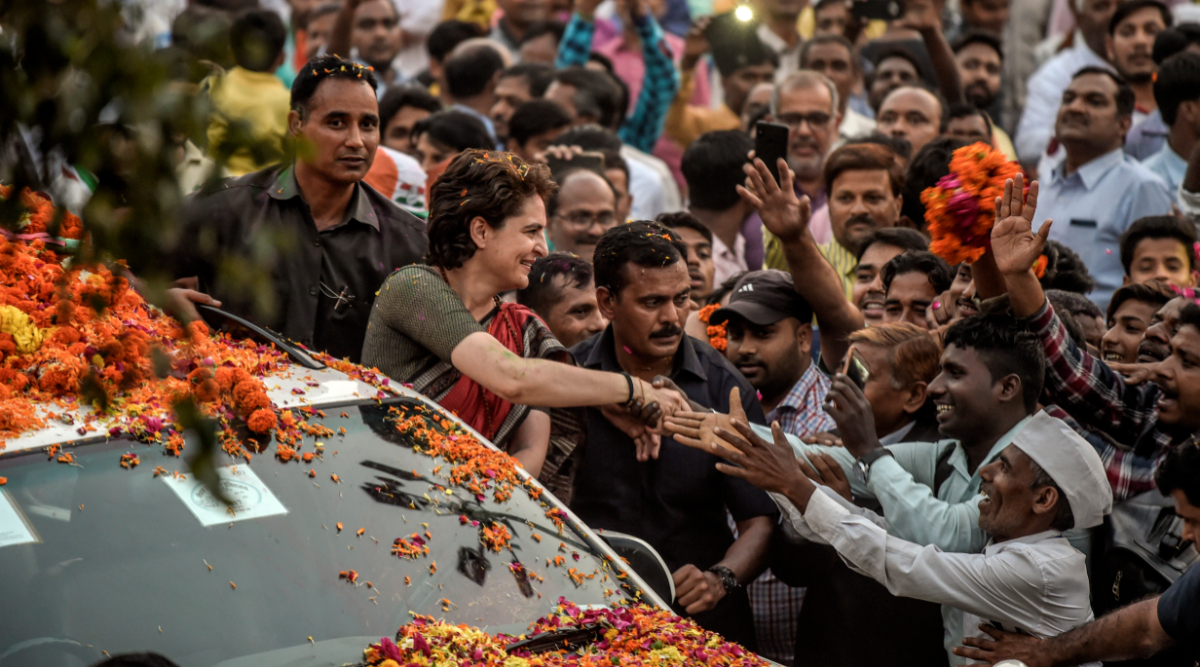 New Delhi, January 12: Congress General Secretary and incharge for eastern Uttar Pradesh Priyanka Gandhi Vadra is celebrating her 48th birthday on Sunday. The Gandhi scion and member of the most affluent political family of the country, is considered to be among the most powerful leaders of present times. Born on January 12, 1972, Priyanka's aura is celebrated not only among the party cadres, but also reaches to the million supporters of Congress party in the country.

The great granddaughter of former Prime Minister Jawaharlal Nehru, granddaughter of a former PM Indira Gandhi and daughter of ex-PM Rajiv Gandhi's popularity has grown with time. Following the 2019 Lok Sabha Elections, Priyanka has become a household name and reminds people of late Indira Gandhi. Despite not contesting the polls, her presence in the political battlefield has created a morale boosting for the depressed Congress workers in the country. JNU Violence: Priyanka Gandhi Meets Injured JNU Students at AIIMS, Condemns Violence.

Now with the prevailing situations, where India is going through a turmoil on various issues, her say is looked upon by the people of the country. Be it women safety, economic crisis, anti-CAA protests, anti-NRC protests, declining GDP growth, high inflation rate, among others, Priyanka Gandhi's actions inspire millions. She is also seen as second face of Congress after her mother Sonia Gandhi. Priyanka Gandhi Sees 'Politics' Behind Centre's Decision to Withdraw SPG Security Cover From Gandhi Family.

On her 48th birthday, Priyanka Gandhi has received a lot of messages, most of them were shared through microblogger site Twitter. Here are some of them:

My best wishes to Smt.@PriyankaGandhi on her birthday today. Wishing you happiness, good health and a joyous year ahead!#PriyankaGandhiVadra pic.twitter.com/I8ZdXkJsMC

Wishes to young, dynamic, and hard-working #PriyankaGandhiVadra Ji on her birthday. Wish for her healthy and happy life. The nation expects a lot from you... pic.twitter.com/kaGF4JMIZR

Wishing her lot of success and great health in the years to come.#PriyankaGandhiVadra pic.twitter.com/adEub6OaKn