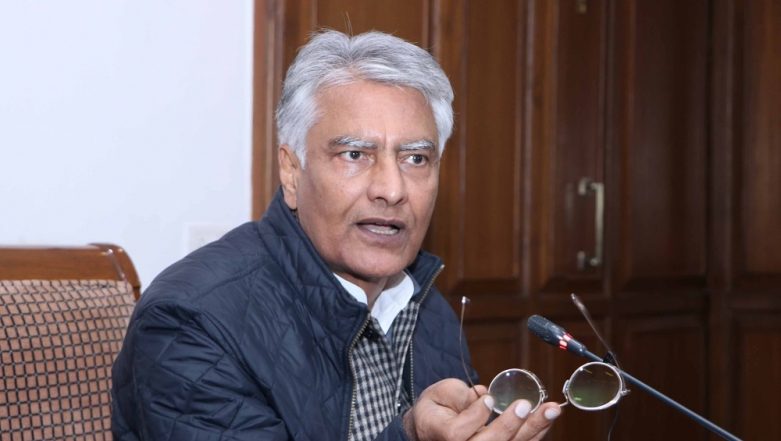 Chandigarh, May 17: Congress Lok Sabha candidate from Punjab's Gurdaspur and outgoing lawmaker Sunil Jakhar has declared over Rs 7 crore deposits in a Swiss bank in his wife's name, his affidavit filed with poll authorities said. He has declared deposits of Rs 7.37 crore by his wife Silvia Jakhar in the Zurcher Kantonal Bank, Zurich, Switzerland.

The Zurcher Kantonal Bank is the fourth largest bank of Switzerland. Sunil Jakhar has Rs 4.49 lakh as cash in hand while his wife has Rs 1.38 lakh. In an affidavit submitted with his nomination papers, Jakhar declared that he and his wife have immovable assets of Rs 2,88,41,688 and Rs 1,20,63,26,638 respectively. Jakhar, who is Congress leader late Balram Jakhar's son, and his wife have no loan liability. Lok Sabha Elections 2019: Wouldn't Have Allowed Sunny Deol to Contest From Gurdaspur Had I Known Sunil Jakhar Was His Opponent, Says Dharmendra.

As per the affidavit, he has movable assets of Rs 1,53,84,226 and that of his wife Rs 8,69,04,149. The Congress state unit President is pitted against BJP-Akali Dal candidate and actor Sunny Deol, 62, from Gurdaspur, the seat represented four times by yesteryear actor Vinod Khanna, who died in April 2017 due to cancer.

He won the October 2017 by-election with a margin of 1.92 lakh votes. The by-election was necessitated after Vinod Khanna's death. The Gurdaspur constituency, which has 14,68,972 voters, has nine Aassembly constituencies. It has a high number of serving and retired defence personnel and the BJP is trying to woo them by using the 'fauzi' image of Deol.