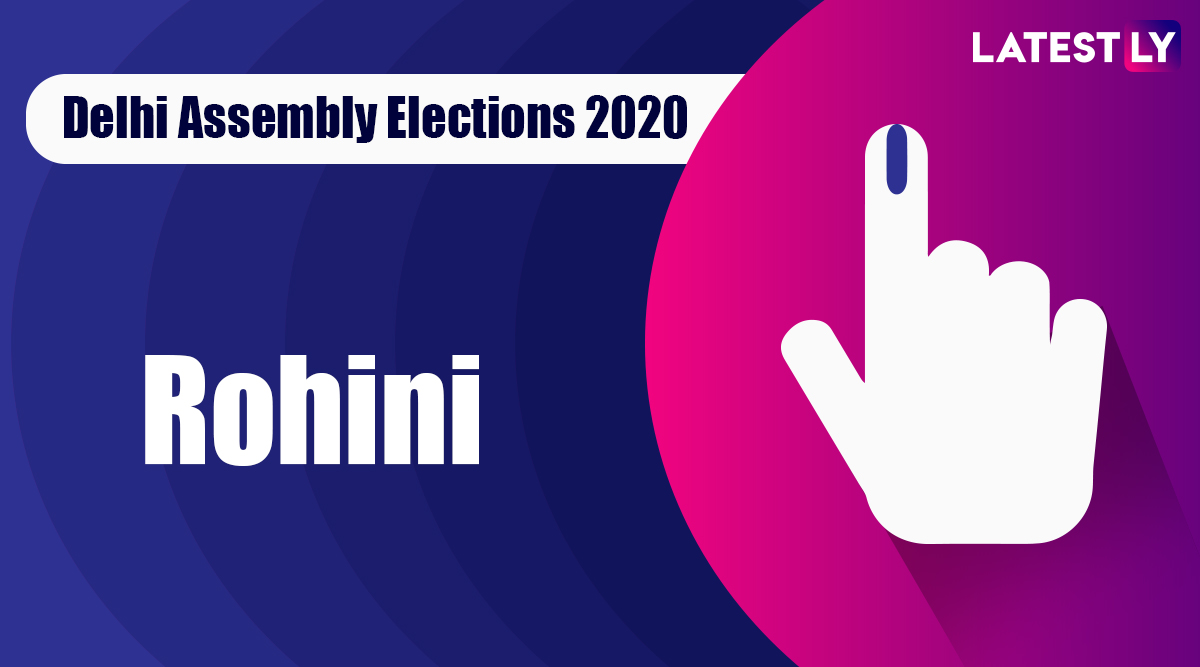 New Delhi, February 11: The Rohini vidhan sabha seat, along with all other constituencies of Delhi, witnessed voting on February 8 when the Election Commission of India had scheduled the assembly elections 2020 in the national capital territory. Results of the high-stake poll battle in all 70 constituencies of Delhi was be declared by the Commission on Tuesday, February 11. In Rohini seat, senior Bharatiya Janata Party (BJP) leader and sitting legislator Vijender Kumar was declared the winner. Delhi Assembly Elections Results 2020: AAP Set to Retain Power, Congress Congratulates Arvind Kejriwal, BJP Concedes Defeat.

The electoral battle in Rohini was stacked primarily between the state-ruling Aam Aadmi Party (AAP), the Centre-ruling Bharatiya Janata Party (BJP) and the Congress. Pollsters, however, have ruled against the prospects of the Congress in this elections. In the 2015 assembly elections, the Rohini assembly segment was won by the BJP.

The AAP candidate from Rohini, in this round of the polls, is Rajesh Bansiwala. The Congress has issued ticket to Sumesh Gupta, whereas, the BJP has repeated the candidature of sitting MLA Vijendra Gupta -- who was among the three BJP legislators elected in 2015.

The pre-poll surveys had initially predicted the return of AAP in 2020 with a decisive mandate, but later went on to project a tough contest between the Arvind Kejriwal-led party and the BJP. The saffron side was predicted to benefit from the polarised electoral atmosphere, with Shaheen Bagh turning into a top poll issue moving into the elections.

In 2015, Delhi had granted a landslide mandate to the AAP. The party had won 67 out of the 70 seats, with a vote share of over 54 percent. The BJP was reduced to three constituencies, whereas, the Congress - which ruled the state for 15 consecutive years between 1998 to 2013 - ended up drawing a blank.