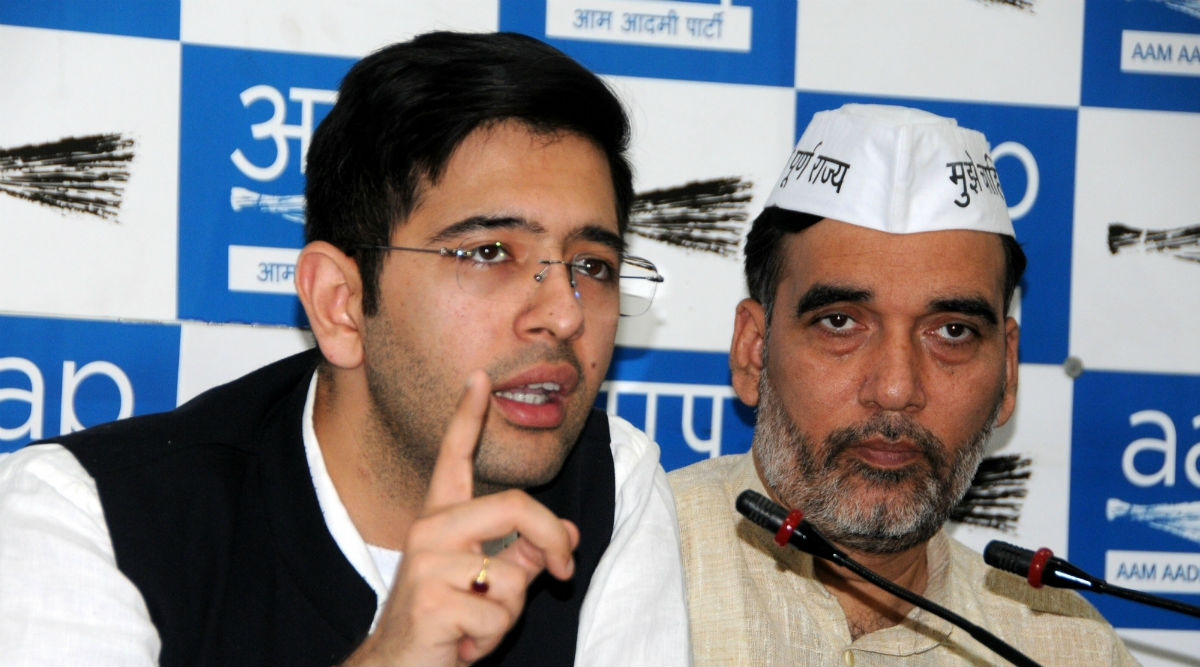 New Delhi, February 13: The Aam Aadmi Party (AAP) has maintained a distance from Shaheen Bagh's anti-CAA-NRC protest even after its victory in the Delhi assembly polls. Asked how the Delhi government will deal with the Shaheen Bagh stir, newly-elected AAP legislator Raghav Chadha said that "law and order is under the Centre" and that the contentious Citizenship Amendment Act is also something that concerns the Centre. Delhi Assembly Elections Results 2020: Three Reasons Why Arvind Kejriwal's AAP Won Despite BJP Resurgence.

"The government of Delhi has no role in CAA or NRC exercise. It is exclusively central government's domain. Therefore, it is their call how they are going to proceed," Raghav Chadha, who is elected from Rajinder Nagar assembly seat, told a news channel on Thursday. "As far as law and order in Delhi is concerned, this is again an exclusive domain of the Ministry of Home Affairs and the Delhi government has no role to play in it," the AAP MLA added. Delhi Assembly Elections 2020: Hits And Misses of Arvind Kejriwal's AAP.

Reacting to Bharatiya Janata Party's election campaign, during which AAP chief Arvind Kejriwal was accused of aiding the protesters, Chadha said: "The BJP tried every trick in the book for the last one month to communalise the elections". "Amit Shah is the Home Minister, he is so powerful, do you think he cannot clear a road if he wants to? He doesn't want to as he wants to fight the entire Delhi election on Shaheen Bagh. The BJP has no other issue," he added.

Arvind Kejriwal had earlier said if his government had control over the police, then "we would have cleared the area (Shaheen Bagh) within two hours". Due to the protest at Shaheen Bagh, vehicular movement on the Kalindi Kunj stretch which connects Delhi, Faridabad in Haryana and Noida in Uttar Pradesh is completely shut.