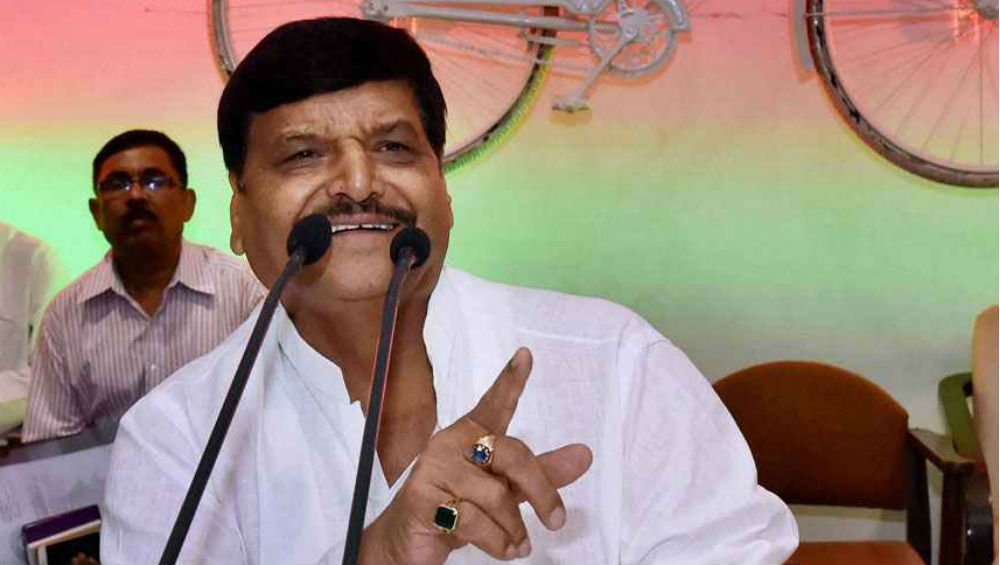 Ballia, January 19: Former UP minister and president of Pragatisheel Samajwadi Party Shivpal Yadav on Sunday launched a veiled attack on his brother and SP patriarch Mulayam Singh Yadav for siding with his son Akhilesh Yadav and said that he was not going to look back. Shivpal, who has never been openly critical of his brother before, said he had formed his party "only with the consent" of Mulayam.

He was answering a reporter's question on whether Mulayam betrayed him by being seen more with his son these days. "The Pragatisheel Samajwadi Party was formed only with the consent of Mulayam Singh Yadav. Why is Mulayam today standing with Akhilesh, its answer can be given by him (Mulayam) alone. But this is certain that I will not look back," he said. Akhilesh Yadav Rules Out Alliance With Shivpal Yadav's PSPL, Says Samajwadi Party Will Contest 2022 Uttar Pradesh Polls Alone.

Mulayam was seen with his son at the SP headquarters in Lucknow on Saturday when former chief of Hindu Yuva Vahini (HYV) Sunil Singh, once considered close to Uttar Pradesh Chief Minister Yogi Adityanath, joined the Samajwadi Party. Shivpal said that his efforts will be to unite people who believe in the philosophy of Ram Manohar Lohia, Chaudhary Charan Singh and Mahatma Gandhi.

The PSP chief said that he always gave respect to Mulayam, who is also his elder brother, and listened to everything he said. "Not giving importance to what Mulayam said led to the split of the Samajwadi Party in 2018. This is the reason that the SP could not form the government in UP again, otherwise Akhilesh would have been the chief minister," Shivpal said.

Shivpal had formed his new party in October 2018 after parting ways with the Samajwadi Party. Simmering discontent in the Yadav family came to the fore in January 2017 when Akhilesh became the national president of the party by replacing Mulayam. Shivpal lost the battle for control of the party for which the uncle and nephew were fighting since August 2016 when Akhilesh was the chief minister and he was a key minister in then SP government.

Replying to another another question, Shivpal discounted the possibility of entering into any alliance with the BJP. "From the BJP side, there were talks about coordination, but we did not enter into any sort of alliance," he added.