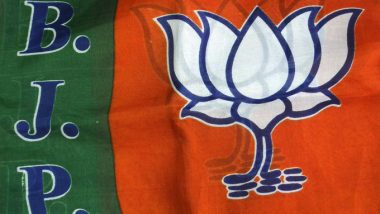 New Delhi, August 11: The BJP on Tuesday fielded Jai Prakash Nishad as its candidate for the by-election to a Rajya Sabha seat from Uttar Pradesh.

The by-election is scheduled to be held on August 24. It was necessitated following the demise of Samajwadi Party MP Beni Prasad Verma.

Nishad is a former Bahujan Samaj Party (BSP) MLA who joined the BJP a few years ago.

He looks after the party work in Gorakhpur, the home district of Uttar Pradesh Chief Minister Yogi Adityanath.