Aahana Kumra Is Channeling a Serene Lush Green Elegance in These Pictures! 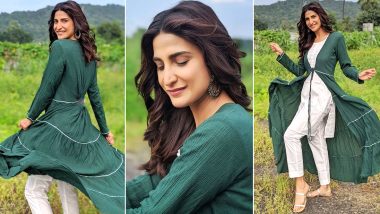 Aahana Kumra! She is one of our perennial #GirlCrushes! Firstly, an affable charm is what clicks. Then her effervescent style takes over. This Lucknow girl who clinched fame with the 2016 black comedy, Lipstick Under My Burkha and thereon went to dazzle us with one stunning role after another on the silver screen and digital platform was recently seen as Tamena Hamid in Khuda Haafiz. On the fashion front, Aahana has carved a niche for unconventional styles featuring homegrown labels and designers. A recent style featuring a white and lush green-hued ethnic fervour had us hooked. The co-ord set from Cotton Story. Amidst a lush green background, Aahana struck a pose wearing the neo-ethnic set.

We love how Aahana's unconventional stance and a firm refusal to be typecast in the regular run of the mill roles is synonymous with an equally atypical fashion arsenal. A befitting and strong beauty game accompanies Aahana's styles. Here's a closer look at her style. Aahana Kumra Is Dressy Chic, Enjoying the Breeze and Having Us Hooked! 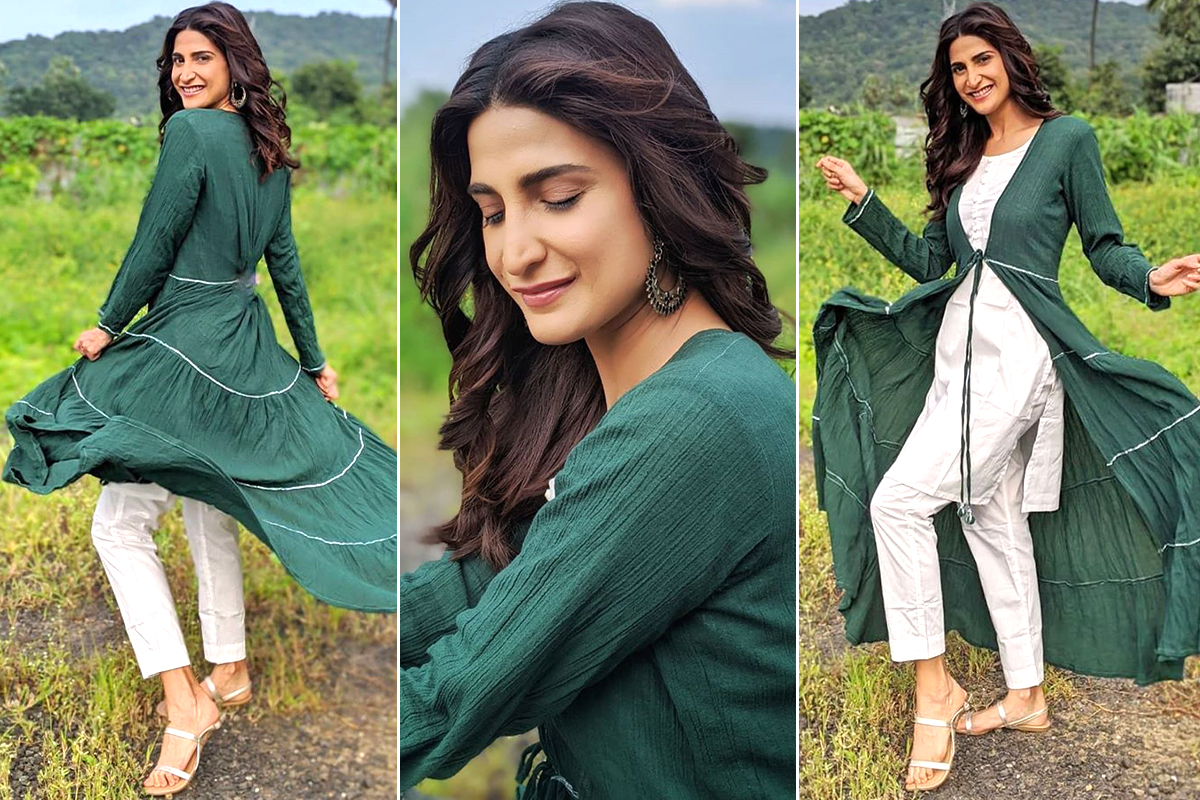 On the professional front, Aahana was last seen in Khuda Haafiz set during the financial crisis of 2007–2008 inspired by true events released on 14th August on Disney + Hotstar. Aahana was also seen in the Netflix web series, Betaal as DC 'Ahlu' Ahluwalia, an Indian zombie horror series. She will be seen in Shamshera, an upcoming action-adventure film starring Ranbir Kapoor, Sanjay Dutt and Vaani Kapoor, produced by Aditya Chopra's Yash Raj Films.

(The above story first appeared on LatestLY on Sep 24, 2020 05:00 PM IST. For more news and updates on politics, world, sports, entertainment and lifestyle, log on to our website latestly.com).