Billie Eilish Gives It Back to Body Shamers by Wearing Tank Top: Other Times When the 'No Time to Die' Singer Ditched Her Iconic Baggy Clothes and Made a Statement 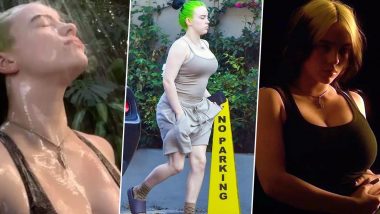 Billie Eilish has always owned her baggy style. Creating a unique image for herself Eilish's sartorial choices have always been offbeat and edgy. However, 'No Time To Die' singer-songwriter recently stood up to body-shamers. She walked out wearing a tank top and her outfit showed off her shoulders and legs which is a rare sighting. The 18-year-old singer has often talked about wearing baggy clothes to protect herself from being body-shamed during interviews. However, recently her photographs wearing shorts and a spaghetti-strap tank top as she went for a walk in LA over the weekend.  Billie Eilish Hits Back at Body Shamers by Wearing Tank Top and Shorts.

After receiving immense criticism for her body, Eilish took to Instagram to give it back to all the haters by reposting a TikTok video of blogger Chizi Duru with the caption, "Can we normalize normal bodies?" Duru goes on to say, "Ya'll got to start normalizing real bodies, ok? Not everyone has a wagon behind them, ok? Guts are normal. They're normal. B**bs sag, especially after breastfeeding. Instagram isn't real." She also posted an Instagram a photo of herself wearing a tank top with the caption, "Do you really wanna go back in time?"

She has also previously ditched her baggy clothes in the past. Let's check out:

When Billie released a short film entitled "Not My Responsibility"

Billie Eilish at the Hawaiian vacation with friends in January 2020 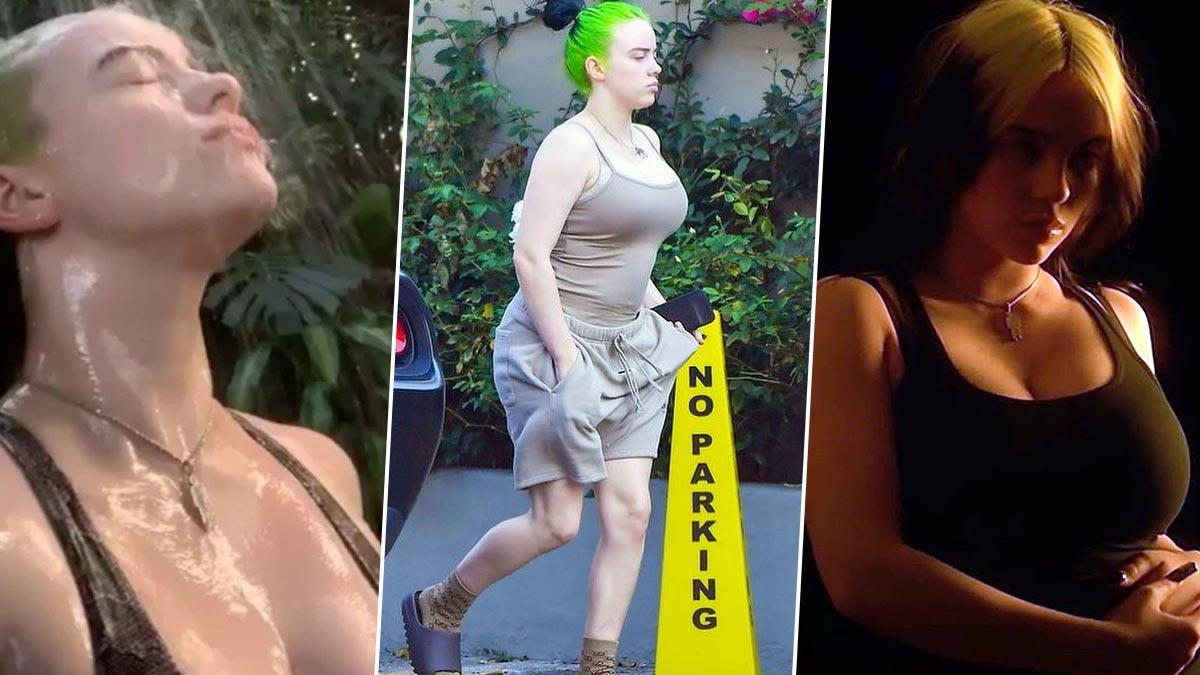 The 'Lovely' singer has spoken openly about her disdain for body shamers. As reported by Page Six, Eilish explained in a video for Calvin Klein in May 2019, "I never want the world to know everything about me. I mean, that's why I wear big baggy clothes. Nobody can have an opinion because they haven't seen what's underneath, you know? Nobody can be like 'oh she's slim-thick, she's not slim-thick, she got a flat ass, she got a fat ass.' Nobody can say any of that because they don't know." She also opened up about being s**t-shamed for wearing a bathing suit, saying in April, "I can't win. She then fought back against the critics by stripping down in a YouTube video titled 'Not My Responsibility.' Since then, Eilish has continued to wear her signature baggy look but mixes it up.

(The above story first appeared on LatestLY on Oct 16, 2020 05:19 PM IST. For more news and updates on politics, world, sports, entertainment and lifestyle, log on to our website latestly.com).