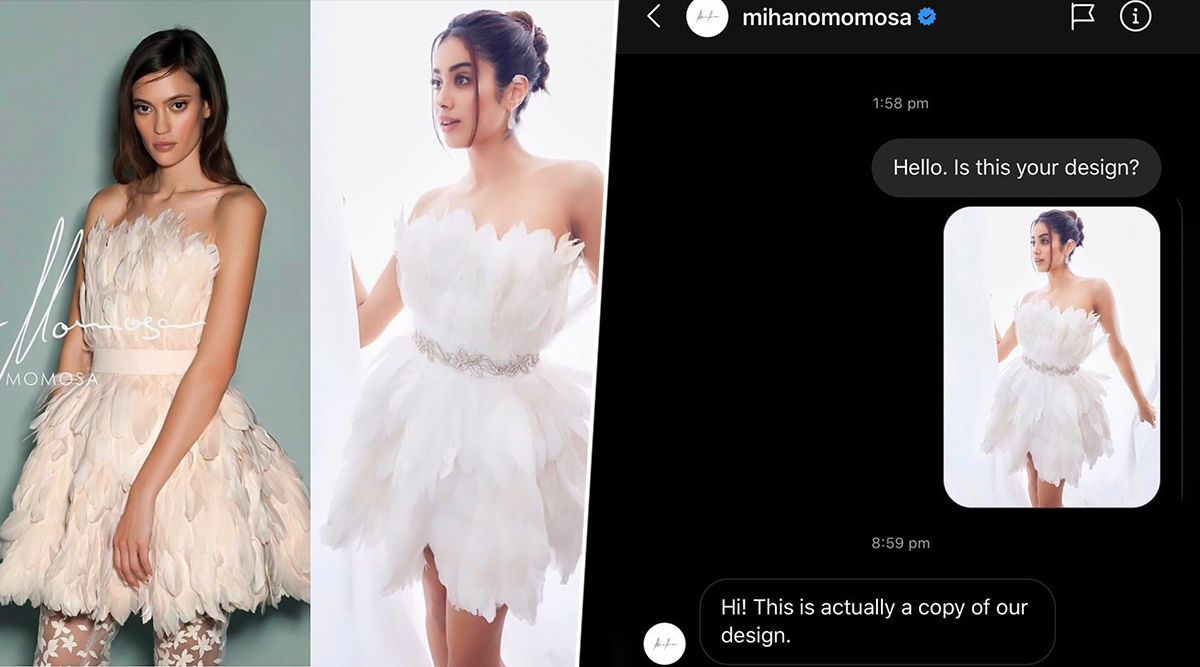 If you are an active social media user and a Bollywood/Fashion fanatic, you probably already know that one Instagram account who doesn't leave a chance to remind everyone what fashion is and is famous for calling out designers who rip-off designs from international labels. Yes, we are talking about Diety Sabya. The account was recently in the news after Masaba Gupta and Rhea Kapoor claimed that the account makes personal comments although the sassy account gave it back saying they don't make comments on anyone's bodies but only fashion and committing to their work, they are at it again. Diet Sabya Schools Rhea Kapoor and Masaba Gupta, Corrects Them That the Fashionable Page Does Not Comment on ‘Bodies’ (View Post).

After they called out Ananya Panday's stylist for her dress t a recently held award function, the new Bollywood actress on their radar is Janhvi Kapoor. The actress was seen looking all dreamy in a white feather dress recently that was designed by House of ExC. Thanks to Diet Sabya, we have now learnt that the dress is in fact a copy of an outfit from Mihano Momosa's 2017 bridal collection. Well, we certainly feel sad for Janhvi who certainly looked all pretty in a dress that seemed to have been a rip-off.  Diet Sabya Slams Ananya Panday’s Rip-Off Fashion, Suggests The Actress To Fire Her Stylist (View Posts).

If you follow Janhvi Kapoor's fashion, the actress rarely goes wrong. She's often seen slipping into traditional stuff as well where she only goes for premium designers like Manish Malhotra. Yet, this is not the first time that Janhvi has appeared on Diet Sabya's feed for sporting an outfit that was copied from another brand during a photoshoot. Well, we certainly hope this doesn't happen to the Dhadak star again considering we love how she pulls off everything with style.