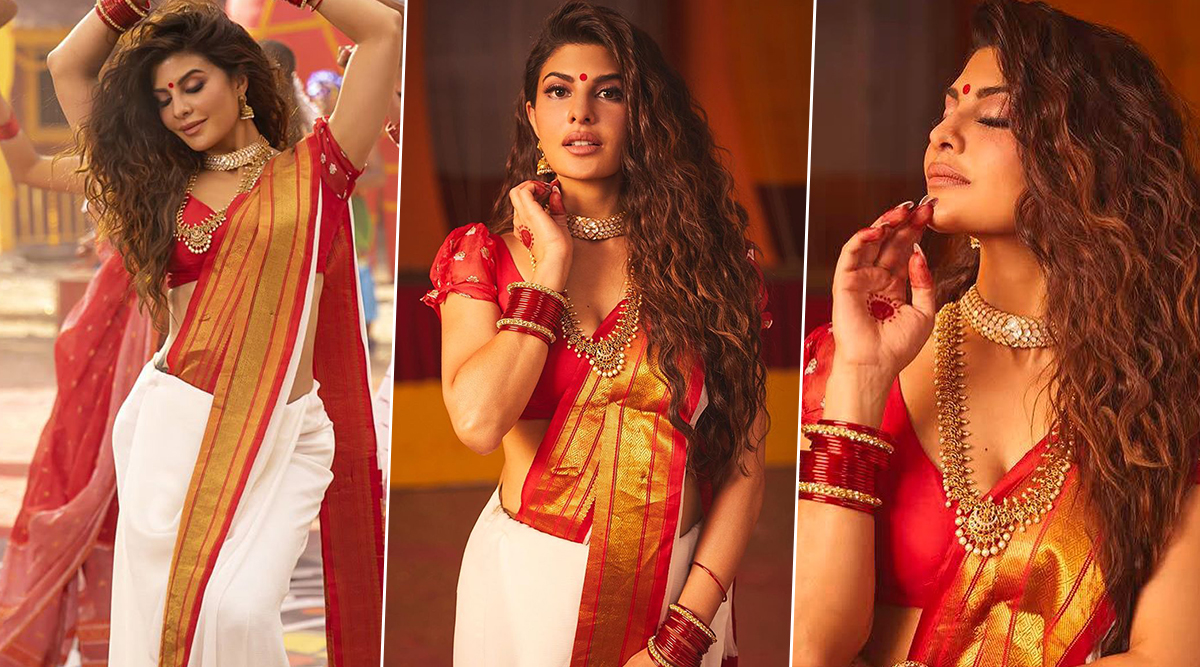 She is sultry, saucy, ravishing and with a devastating smile to boot! Jacqueline Fernandez is counted amongst the sartorial and the fittest stunners of B-town. Her vibrancy coupled with a generous dollop of affable charm and a burst of infectious laughter is always a delight. Additionally, she has a rare penchant to infuse life in all that she does, whether it’s a role on the silver screen or a basic off-duty style. Jacqueline Fernandez cranked up the sultry quotient a notch higher than the usual as the Bengali bombshell in Badshah's new song, Genda Phool. Styled by her go-to fashion stylist, Chandini Whabi, Jacqueline took of traditional red and white Bengali saree by Manish Malhotra, albeit a contemporary and sexy drape of the pallu allowing ample glimpse of Jacqueline's toned waist. Raising the stakes were the wild textured waves, nude lips and defined kohl-rimmed eyes.

A versatile muse who can flip from one brilliant look to another like a certified style chameleon, she is every stylist’s delight. She is equally at ease in basics as she is in high-end designer ensembles, channelling an effortlessly chic vibe in all. Genda Phool, crowned by Badshah and Payal Dev is a steamy track featuring distinct folk melody fused with contemporary sounds. Jacqueline Fernandez Has That Hell Yeah, I Am Sassy in a PANTSUIT Vibe Going On!

A traditional white saree featuring gold and red zari border was teamed with a red blouse featuring a plunging neckline and embroidered puff sleeves. Jewellery by Curio Cottage and Karishma Joolry upped the look. Hennaed hands, red and gold bangles upped the look. A stunning makeup featuring defined kohl-rimmed eyes, nude lips, a big red bindi and wild textured waves were courtesy of her go-to glam artist, Shaan Muttathil and his team. Jacqueline Fernandez Is a Delight in Florals With a Whole Lot of Tassels and Sass! 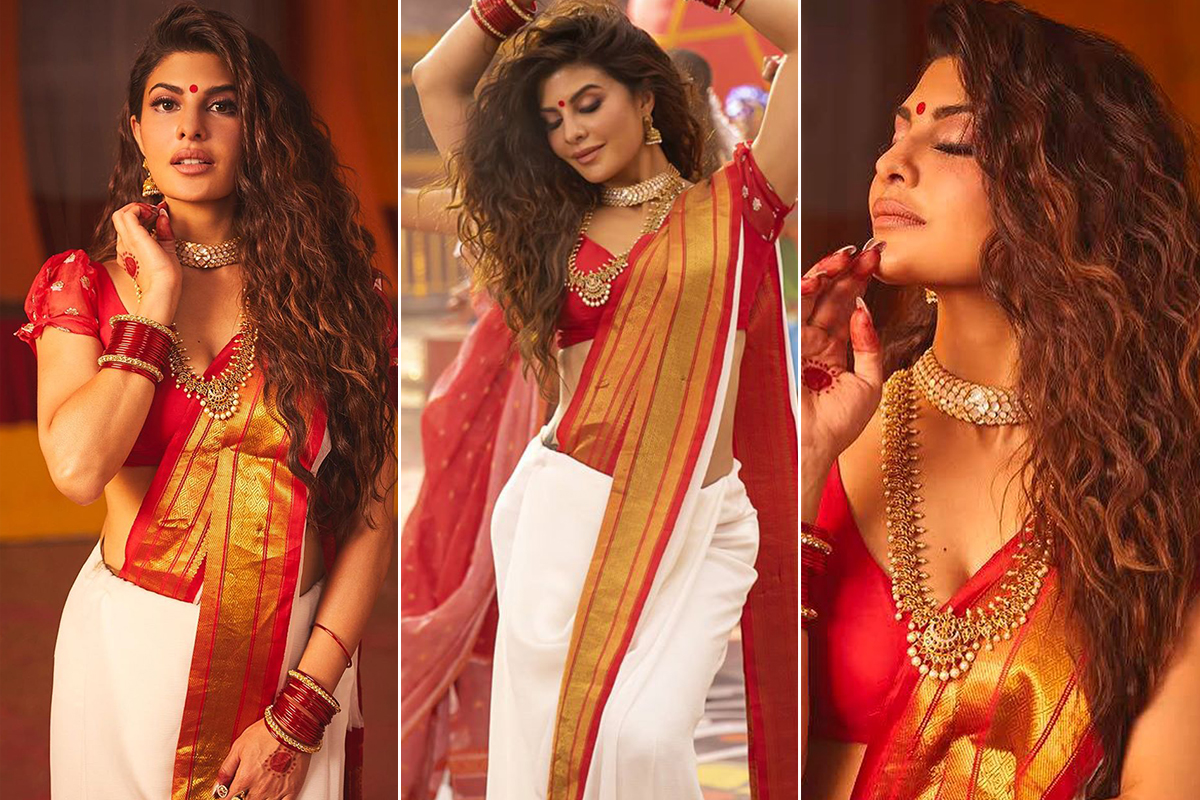 On the professional front, Jacqueline was last seen in Drive with Sushant Singh Rajput. She will be seen in Attack, an action thriller film written-directed by Lakshya Raj Anand and produced by Dheeraj Wadhawan, Ajay Kapoor and John Abraham featuring John Abraham, Rakul Preet Singh and Jacqueline Fernandez in lead roles. The story of the film is inspired by true events about a hostage crisis and is scheduled for a release on 14 August 2020, during the Independence Day weekend.