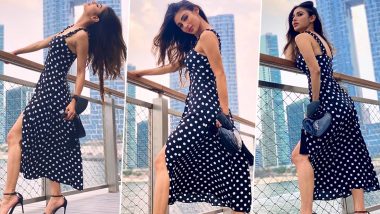 Well, she's sexy and she sure as hell knows it! But trust Mouni Roy to keep up the buzz with a myriad of offerings. The gram alone sees her delighting us with her fashion tidings, daily musings and travel tidbits. While on-screen, Mouni has done it all – from playing Sati to glamorizing snakes, Mouni graduated on to the silver screen with Gold (2018). A trained Kathak dancer, Mouni is also an avid bookworm and a sartorial stunner on the fashion front. Mouni's personal sense of style play brims of versatility featuring racy silhouettes, bold cuts, unconventional hues and unique fabrics. A recent vibe of Mouni’s saw her slay fashion’s perennially feminine chic spotty trend – the polka dots. Lending her svelte frame to a midi dress that flattered her toned frame, Mouni struck a pose amidst tall buildings in the background.

Fashion’s obsession with polka dots has led to the spotty motif being a staple. A celebrity favourite, street style influencers’ love and designer’s infallible print to experiment with, designer Marc Jacobs has aptly quoted, "There is never a wrong time for a polka dot." Here’s a closer look at Mouni’s style. Mouni Roy is a Resplendent Bride in Red on the Cover of Wedding Vows Magazine. 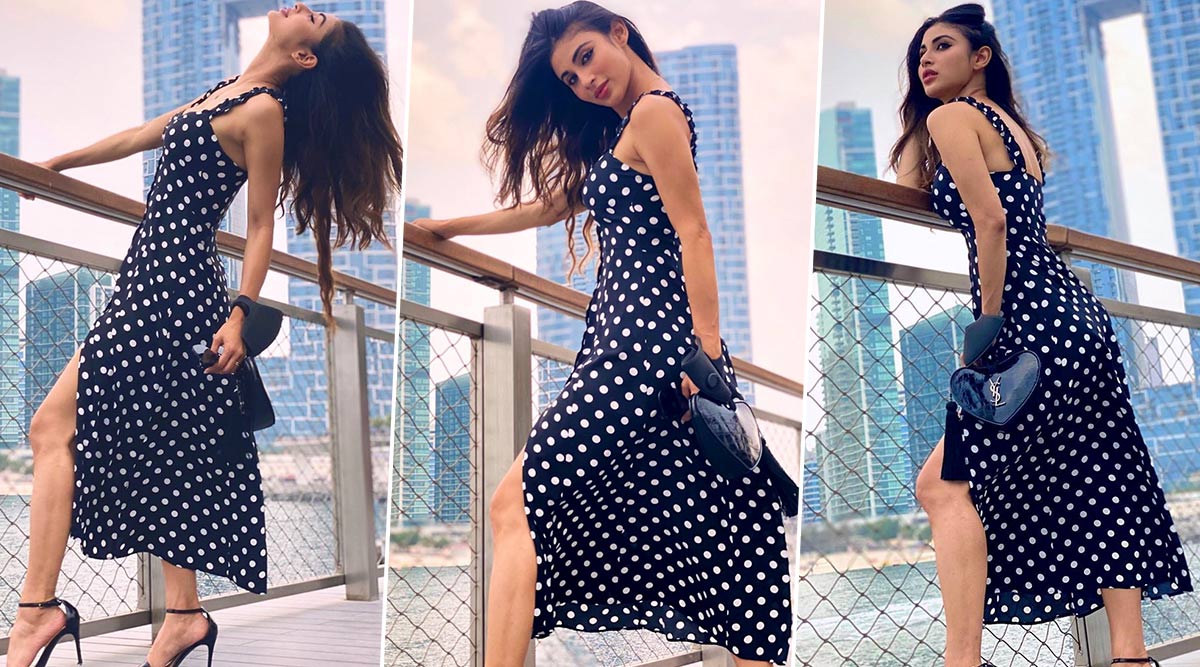 On the professional front, Mouni was last seen in Made in China alongside Rajkumar Rao. She will be seen in Brahmāstra: Part One of Three, an upcoming superhero film written and directed by Ayan Mukerji, and produced by Karan Johar featuring alongside Amitabh Bachchan, Ranbir Kapoor, Alia Bhatt, and Akkineni Nagarjuna in pivotal roles. She will also feature in Mogul, an upcoming biography, directed by Subhash Kapoor and produced by Bhushan Kumar and Aamir Khan under the banners of T-Series and Aamir Khan Productions showcasing the life of the mogul Gulshan Kumar who was the founder of the T-Series music label (Super Cassettes Industries Ltd.), and a Bollywood film producer.

(The above story first appeared on LatestLY on Sep 25, 2020 04:00 PM IST. For more news and updates on politics, world, sports, entertainment and lifestyle, log on to our website latestly.com).