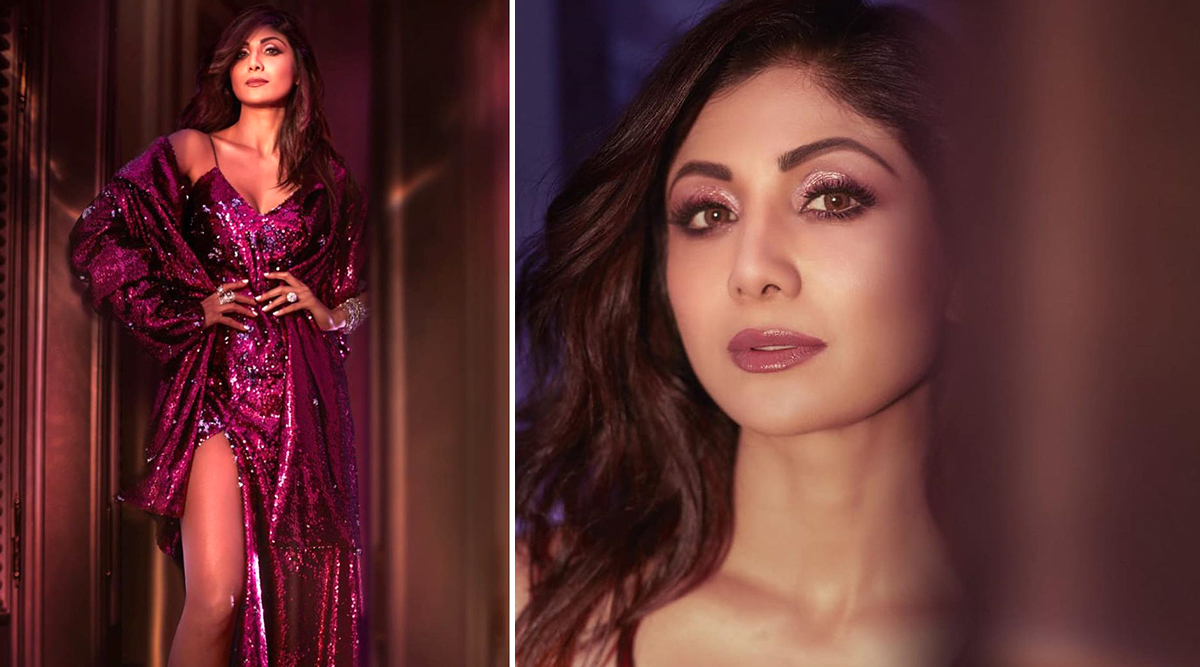 Shilpa Shetty, the diva is a sartorial stunner. Defying age, being a showstopper at major fashion weeks, experimenting with style to flaunting that enviable toned frame, indulging in all things fabulous to being fit and healthy, Shilpa Shetty rarely skips a style beat. Counted amongst the consistently best dressed divas of B-town, Shilpa has mastered the knack of pulling off unconventional and contemporary cuts, silhouettes, prints and variations with aplomb. She’s a lot of sunshine mixed with a little hurricane. Bringing in some sweetness with sassiness in one perfect ensemble from Yousef Akbar Couture for the Nykaa x Vogue Beauty Awards 2019, Shilpa had us hooked!

At 42, the diva who is a mother to the five-year-old Viaan played muse to the Saudi Arabian fashion designer,Yousef Akbar. Lending her svelte frame to this shimmery number, she upped the ante with a stunning beauty game in tow. Here is a closer look. 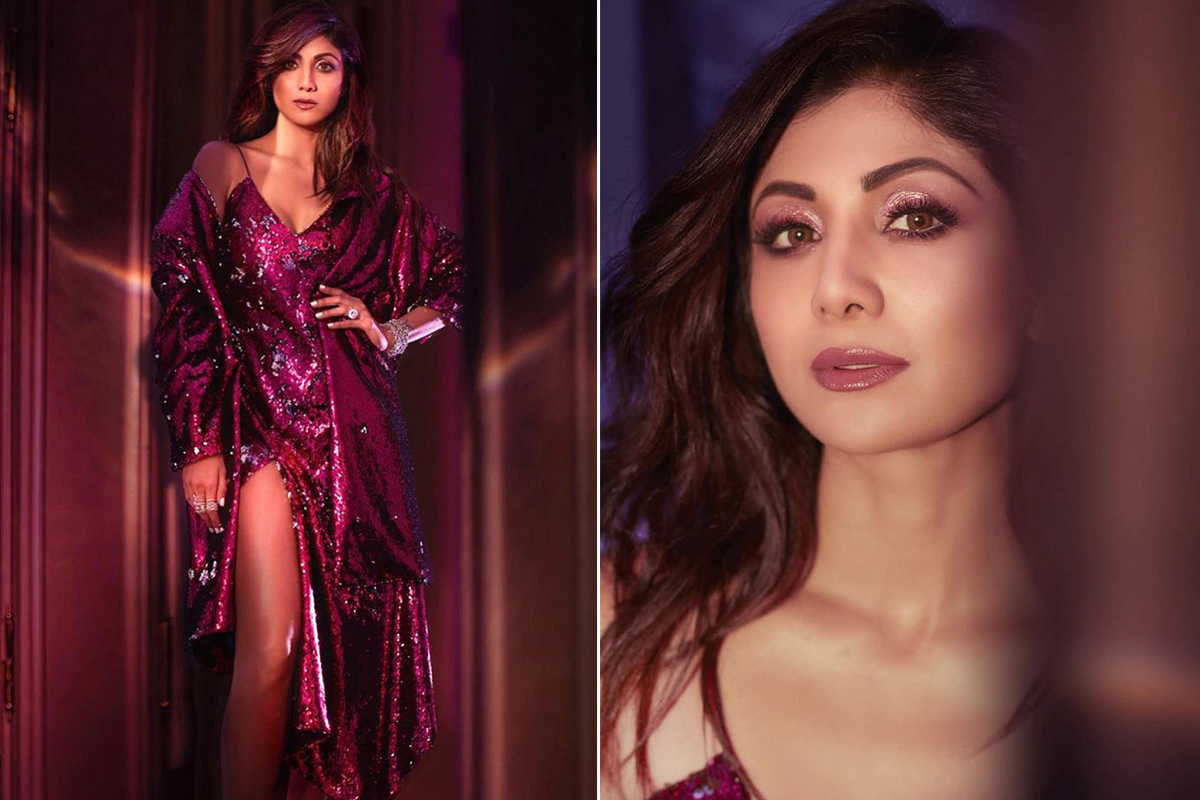 Having her glamorous sequin moment, Shilpa and only Shilpa could have pulled off this zany style, courtesy her unmissable spunk! 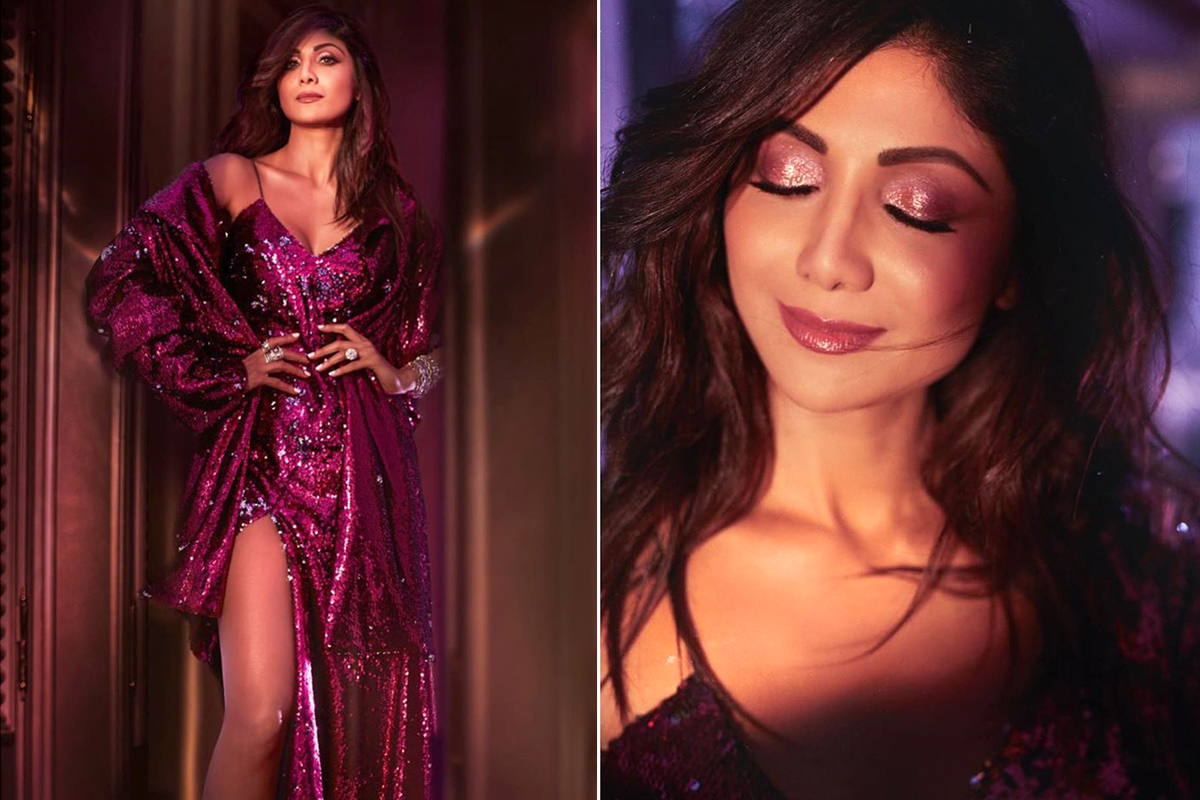 On the professional front, Shilpa was seen playing Cupid on the web series, Hear Me Love Me on Amazon Prime. She also was seen as a celebrity judge on the children’s dance reality show, Super a Dancer Chapter 3 along with Geeta Kapoor and Anurag Basu. She will be seen in Nikamma, a romantic comedy action film directed by Sabbir Khan also featuring Abhimanyu Dassani and Shirley Setia in the lead roles. It is scheduled for a release in 2020.