While the cover is nothing exceptional nor spectacular, Shahid Kapoor and Mrunal Thakur's unspoken chemistry is making us root hard for them. 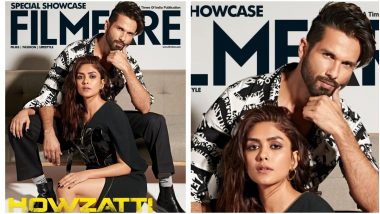 Shahid Kapoor's Jersey was delayed by a week since the makers decided not to clash with Yash's KGF: Chapter 2. The movie is due to release this week on April 22 and with some extra time in hand, the movie's lead couple decided to have some extra round of media promotions. And while they were at it, they also shared their first-ever magazine cover together for Filmfare India. Mrunal Thakur earlier took to her Instagram account to share her debut Filmfare cover and it was worth it. From Anushka Sharma’s Chakda Xpress, Vijay Deverakonda’s Liger to Shahid Kapoor’s Jersey – 8 Bollywood Sports Movies We Are Looking Forward for Release in 2022!

While the cover is nothing exceptional nor spectacular, Shahid and Mrunal's unspoken chemistry is making us root hard for them. Dressed in their Maison Valentino outfits, Sasha and Thakur look heavenly together and their chemistry is bound to set some tongues wagging. While Shahid looked dapper in his white printed shirt and black pants, Mrunal was a sight for sore eyes in her black dress with latex patches and a thigh-high slit. While the movie is still a couple of days away, seeing them on this magazine cover is certainly making this short wait look so much longer! Yo or Hell No? Mrunal Thakur's Black Midi Dress By Prabal Gurung. 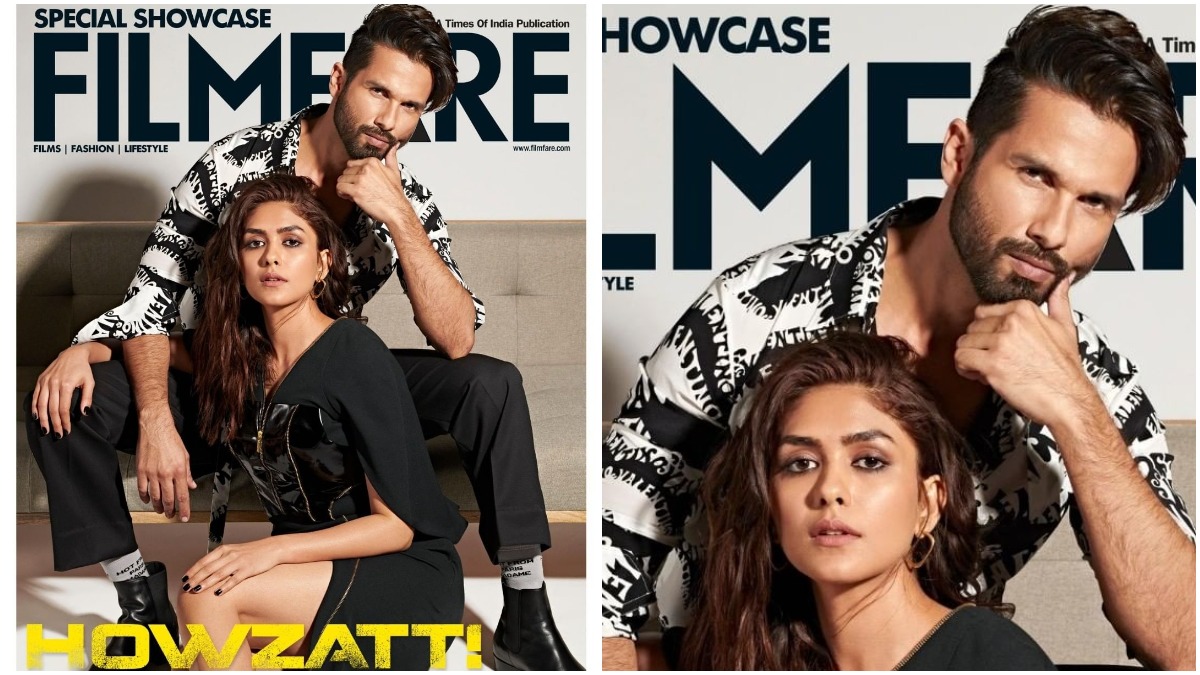 Shahid-Mrunal's Jersey is the official Hindi remake of the hit Telugu movie of the same name. The original movie had Nani and Shraddha Srinath in the lead roles and it went on to win the National Award in the Best-Picture category. The movie was delayed multiple times due to the ongoing pandemic and will finally release on April 22, 2022.

(The above story first appeared on LatestLY on Apr 21, 2022 09:09 AM IST. For more news and updates on politics, world, sports, entertainment and lifestyle, log on to our website latestly.com).