For all the sports fanatic out there you will be amazed and super excited, as there are 8 Bollywood sports movies upcoming in 2022. The list includes Chakda Xpress, Liger, Maidaan, Jhund, Jersey and more. Read on! 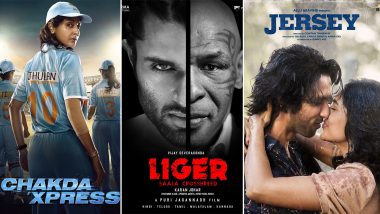 Bollywood never fails to impress us whether with action, romantic movies or any biopic. Now, the year 2022 is here with some excellent films on sports, which consists of biopic on heroic sports figures and their impressive life journey. Starting from cricket, football, mixed martial arts to snooker, the year is promising with some lovely contents. Meanwhile, not to forget in the year 2021 also we saw some brilliant sports films like Saina, Toofan, Rashmi Rocket, Skater Girl and 83. However, we were totally impressed and with these audience are loving the sports genre with all their heart, no doubt. Chakda Xpress: Jhulan Goswami’s Biopic Starring Anushka Sharma to Release on Netflix (Watch Video).

Here's a list of Bollywood sports movie, we are looking forward for release as of now on this year: 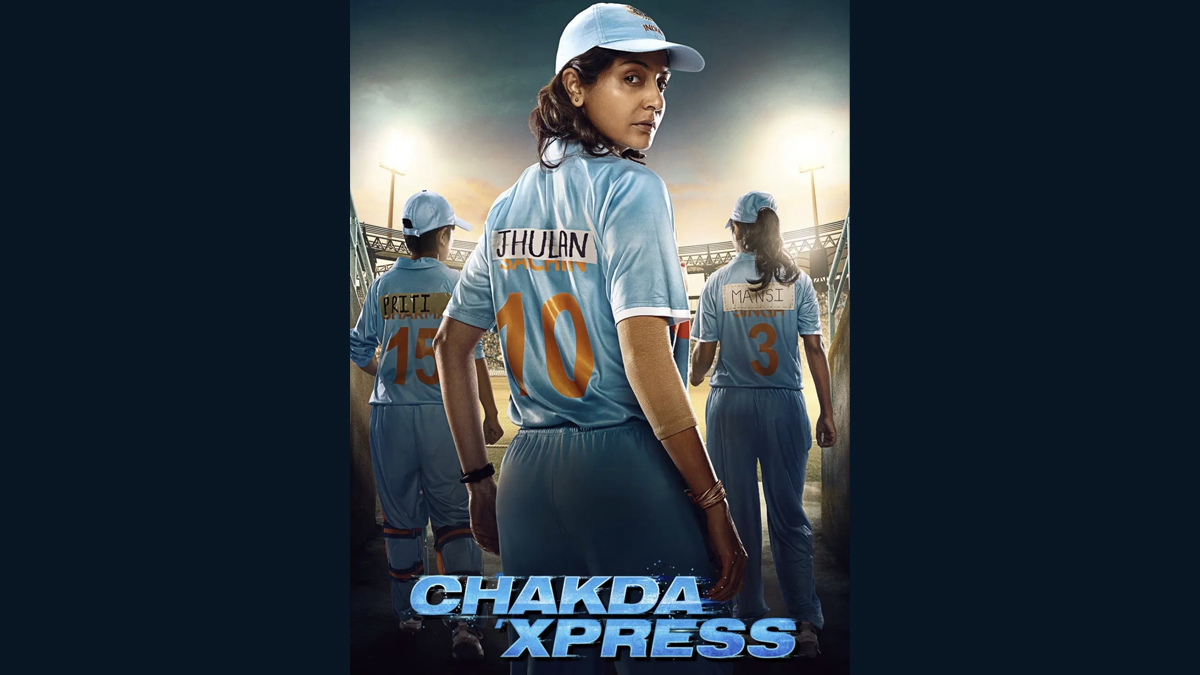 If you are a Bengali, then we are sure this is one of the movies you are waiting for. Chakda Xpress will unveil the inspiring story of the former Indian captain Jhulan Goswami and how she was the eye-opener for the Indian women's cricket team. Anushka Sharma will play the lead role of the legendary Indian woman fast pacer Jhulan in the biopic. Directed by Prosit Roy, the movie will release on Netflix. 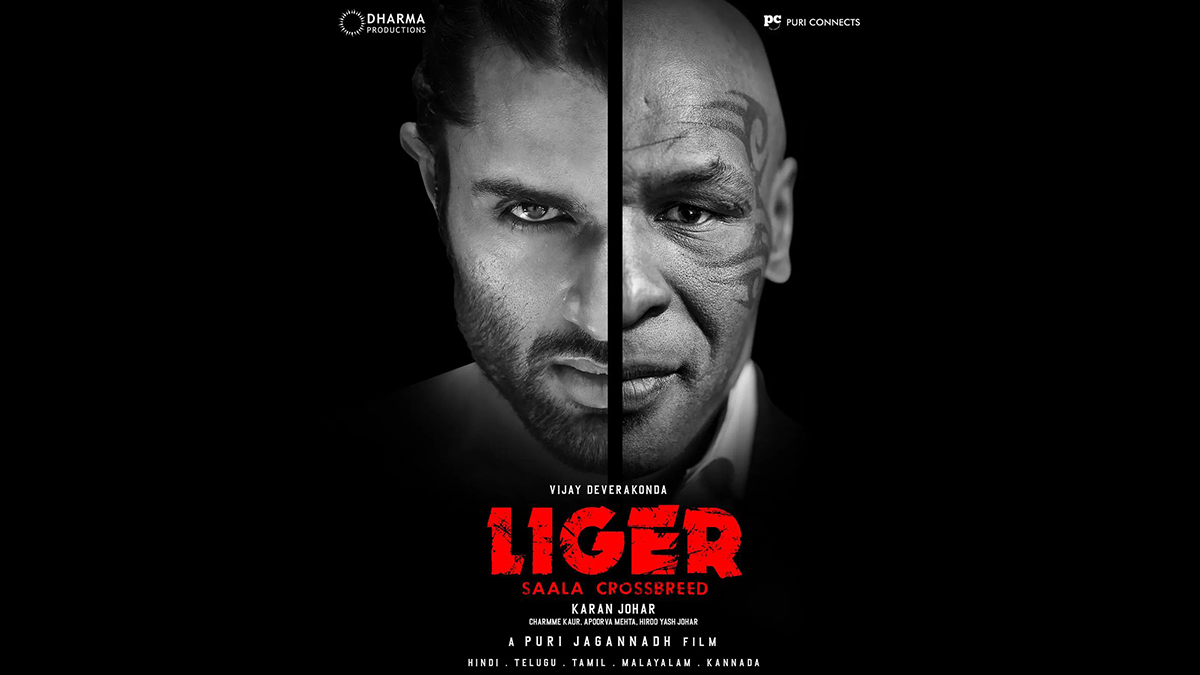 Vijay Deverakonda and Ananya Panday starrrer Liger is one of the most-anticipated movie of the year. Also, the sports action movie is damn special as we will see Mike Tyson making his acting debut in Bollywood. Helmed by Puri Jagannadh, the film will unveil the story of an Indian Mixed martial arts fighter played by Deverakonda. We are really excited and eager to see Tyson's appearance on big screen. The film is locked for release on August 25, 2022. 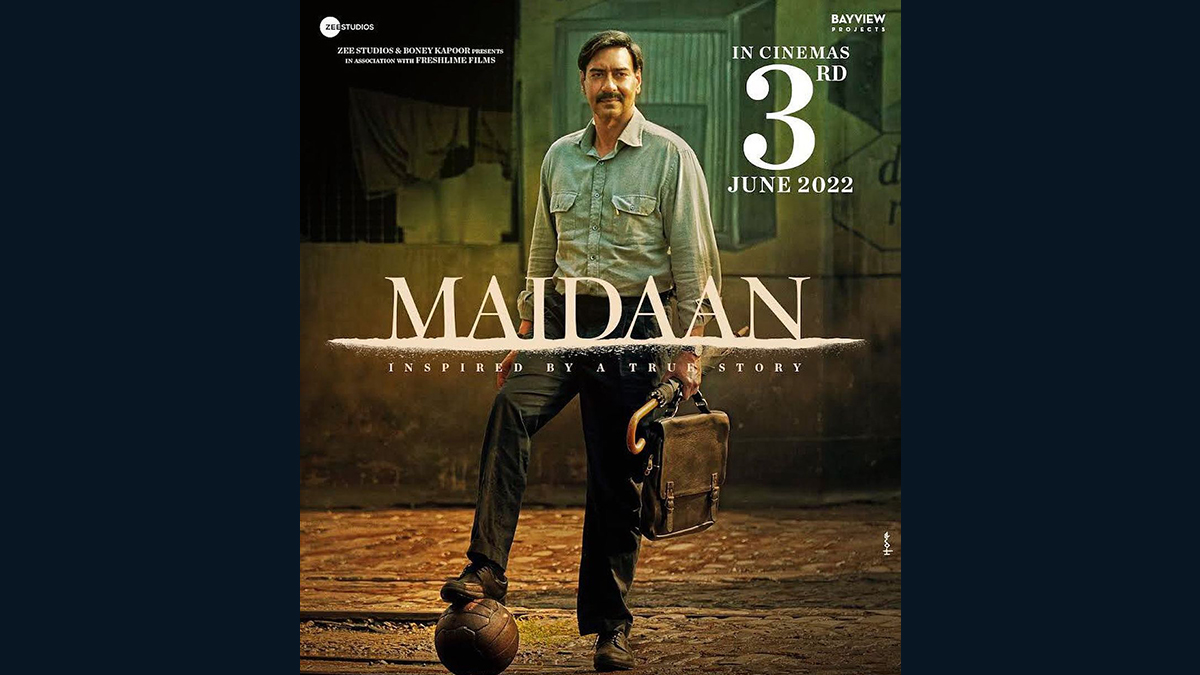 Ajay Devgn starrer Maidaan is a biographical sports drama which will unveil the glorious story of the Indian football's golden era which is from 1952 to 1962. The biopic is about the life of football coach Syed Abdul Rahim, who is considered as the legend for modern Indian football. The flick sees Priyamani as the female lead. The film is directed by Amit Ravindrenath Sharma and is set to release on theatres on June 3, 2022. 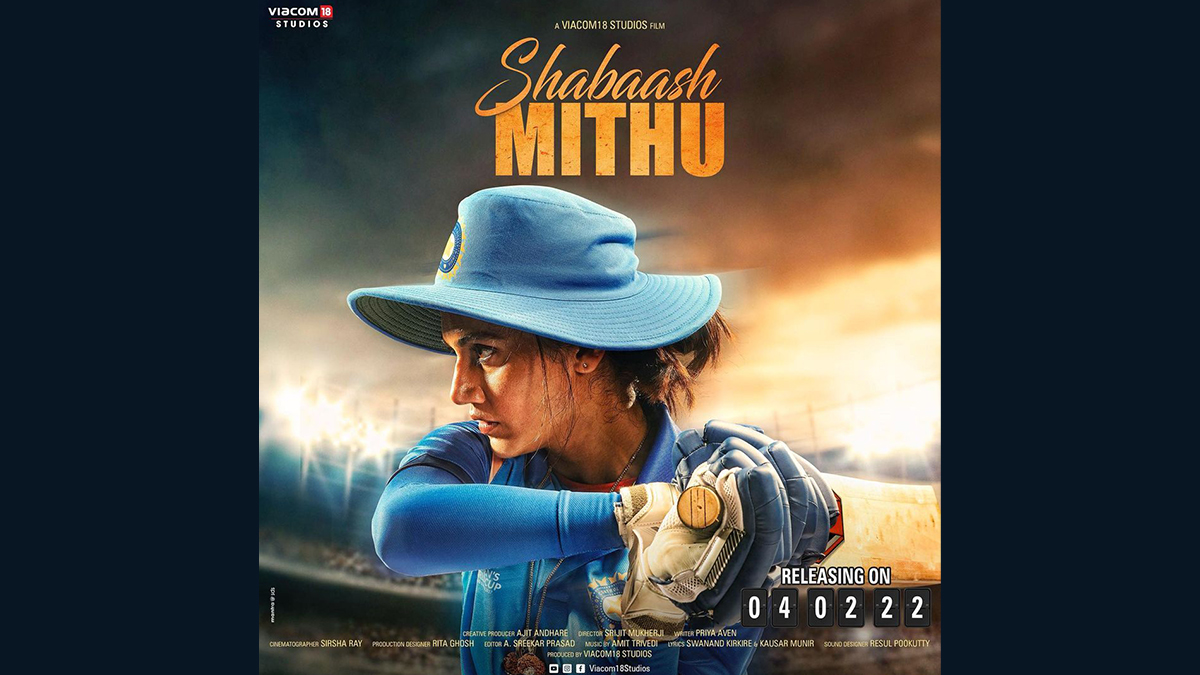 After impressing audience with her perfect role as an athlete in Rashmi Rocket, Taapsee Pannu will be seen donning the role of Mithali Raj in biopic Shabaash Mithu. The movie will unpack the tale of legendary Indian women's cricketer Mithali's life. The movie is directed by Srijit Mukherji. This story is going to be very promising for sure as we feel people are eager to know how Mithali shined so bright and big in the world of cricket. The release date of the movie is yet to be confirmed. 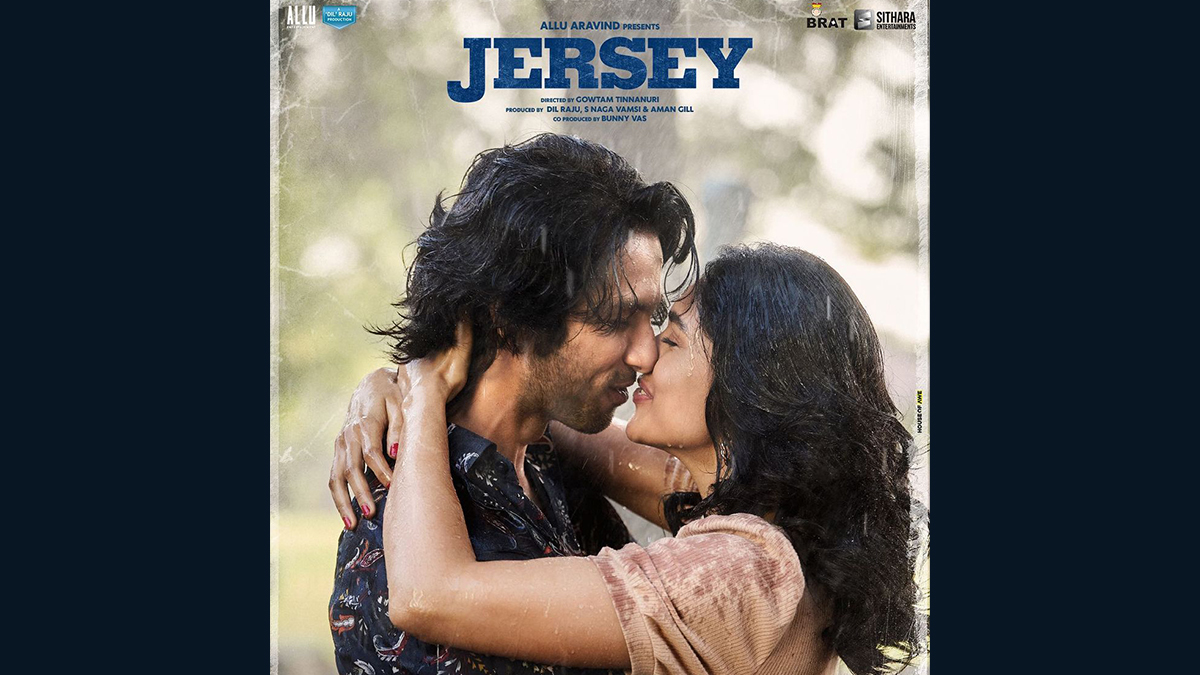 Shahid Kapoor and Mrunal Thakur's Jersey is another cricket-centric movie. This is the Hindi remake of a Telugu film of the same name. The movie was scheduled to release on December 31, 2021 but got postponed due to the rise in COVID-19 cases. The new release date of the flick hasn't been announced yet. Helmed by Gowtam Tinnanuri, the sports drama tells the story of a cricketer who quits cricket and decides to revive his career again at the age of 36 for fulfilling his son's dream and also to prove his skills. With Jersey, we are going to see Shahid after a long time on-screen. 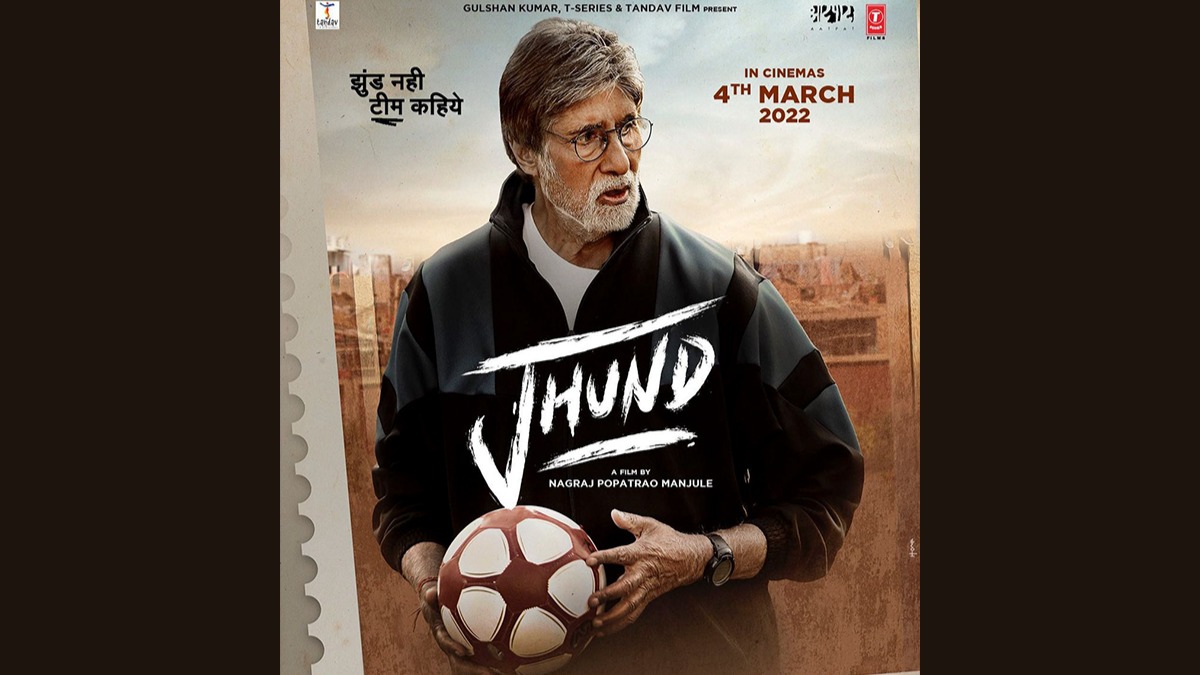 Amitabh Bachchan is here to win our hearts again, but this time with a sports drama. The movie is inspired on the life of a social worker Vijay Barse, who is the pioneer of the NGO slum soccer. Helmed by Nagraj Manjule, the film will see Big B, Akash Thosar and Rinku Rajguru in prominent roles. The flick will explore how a football team is being formed by some street kids and how they get motivated by their mentor or lead played by Amitabh. Earlier, Jhund was scheduled for release on June 18, 2021 but got postponed due to several reasons. Now, the movie will hit the big screens on March 4, 2022. 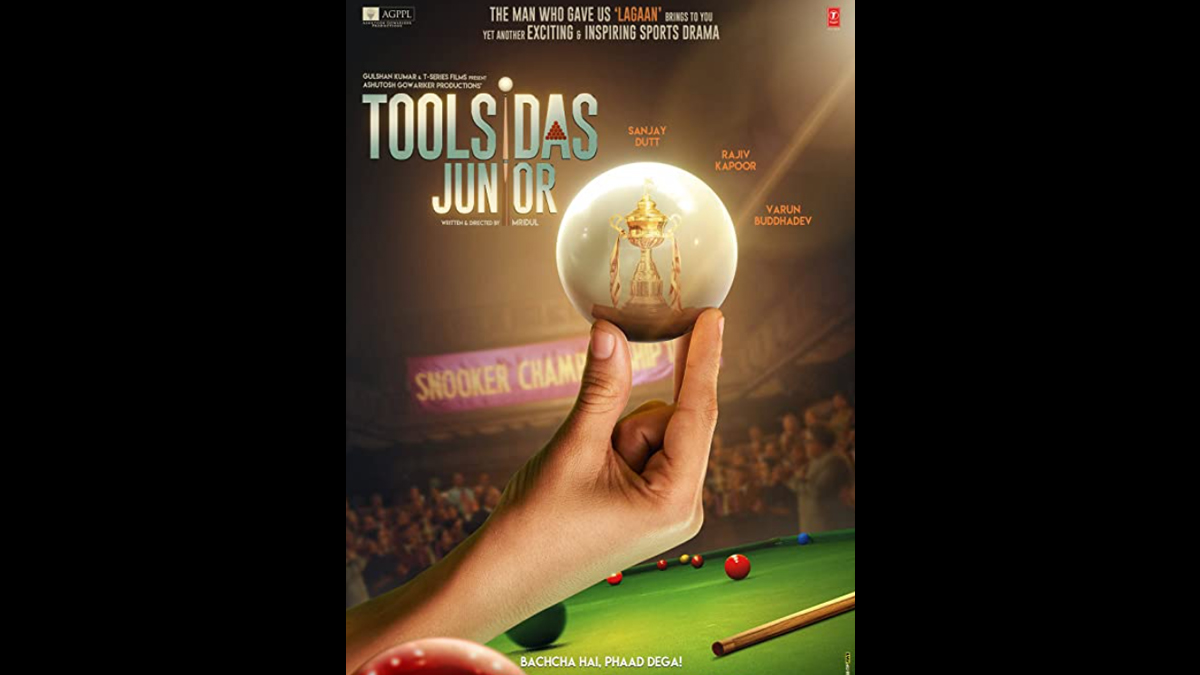 This is the very first time Bollywood has chosen such an interesting game to produce a movie on the life of a snooker champion. Toolsidas Junior is helmed by Mridul Mahendra and will feature Sanjay Dutt, Varun Buddhadev and Ravi Shankar Jaiswal in key roles. The release date of the movie hasn't been announced yet. Also, more details about the movie is yet to be unveiled. A biopic on five-time world chess champion Viswanathan Anand is on the cards. No official details about the movie haven't been confirmed yet. But earlier on an interview, Anand revealed that he wants a biopic to be made on his life journey and also he feels Aamir Khan will be the perfect fit for his role. We are eagerly looking forward for more information about the movie.

So, which movie from the above list are you most excited about? Tell us in the comment section below.

(The above story first appeared on LatestLY on Jan 12, 2022 08:49 PM IST. For more news and updates on politics, world, sports, entertainment and lifestyle, log on to our website latestly.com).