Sonam Kapoor Ahuja in Erdem Is Like Sunshine on a Cloudy Day, All the Way From Paris! 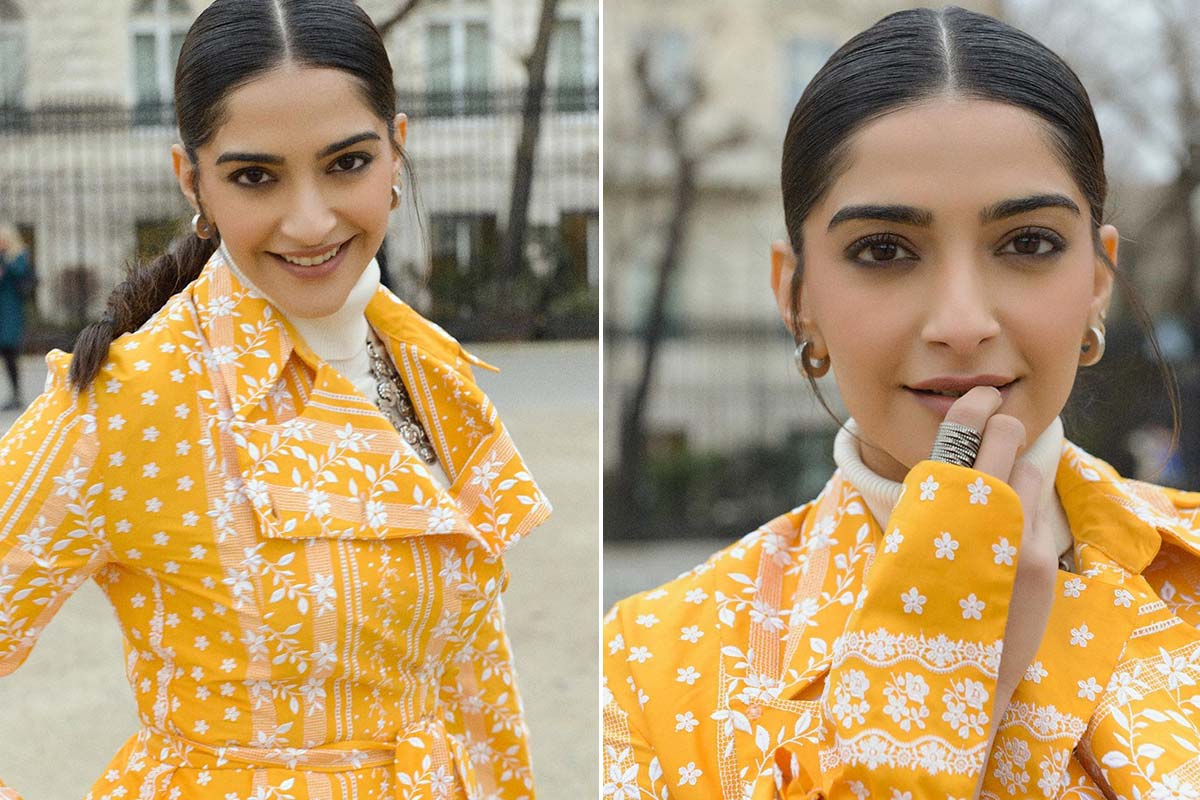 For Sonam Kapoor, Haute Couture is a way of life! Achieving a sartorial perfection with each vibe is a rarity which the Kapoor sisters seem to be intent on driving home the point every time Sonam steps out. While her acting abilities have undergone a notable metamorphosis, her extremely modish game has only refined further. Her distinct style play, spruced in tandem with the maverick Rhea Kapoor strongly resonates with the international fashion scene. Sonam is currently playing dress up in Paris for Haute Couture Week 2020. Sonam Kapoor aced yet another sartorial vibe with an ensemble from Erdem. The diva that she is, Sonam's flirting with the refreshing yellow-toned print, bright smile and an equally stunning beauty game in tow.

Minimalism and drama are her thriving vibes as Sonam notches up the glamour quotient and sets things alight with her mood. Leaping her way past her contemporaries with her daring style choices, Sonam Kapoor has acquired and mastered a flair for doing things distinctly. Here is a closer look. 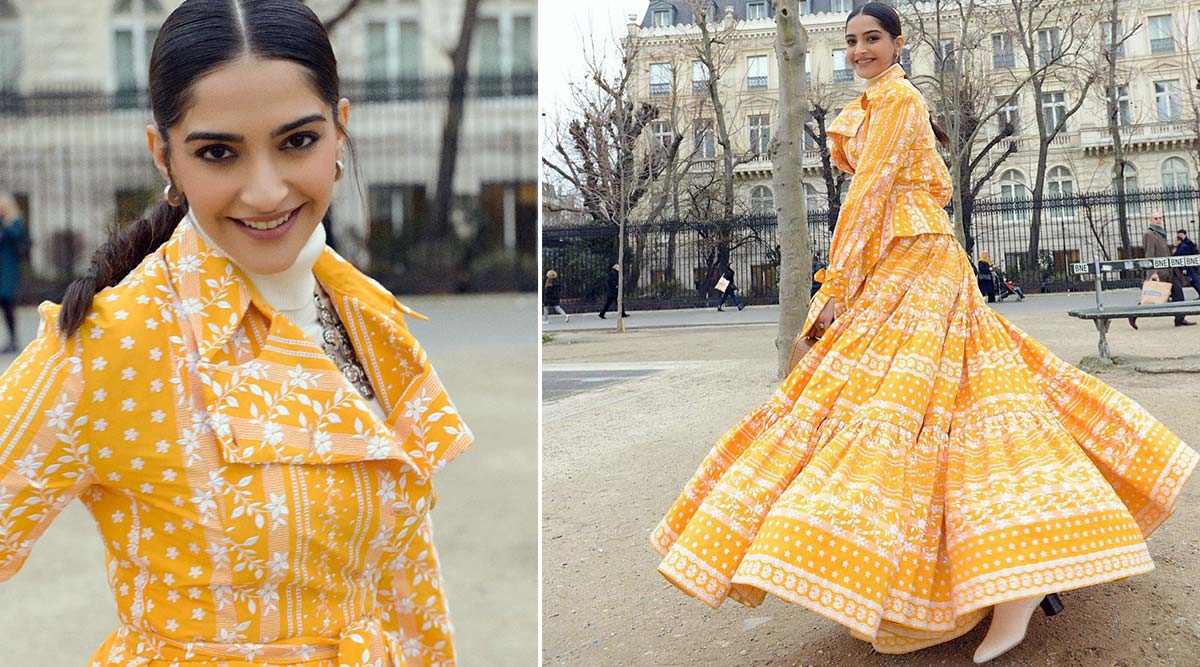 It was a printed ensemble featuring a jacket and a skirt with a white turtleneck underneath. Bag by DeMellier, white boots upped the look. She completed the vibe with defined eyes, nude lips and a low back ponytail. Sonam Kapoor Ahuja, the Bewitching Muse in Jean Paul Gaultier’s Revolutionary Sari Tuxedo! 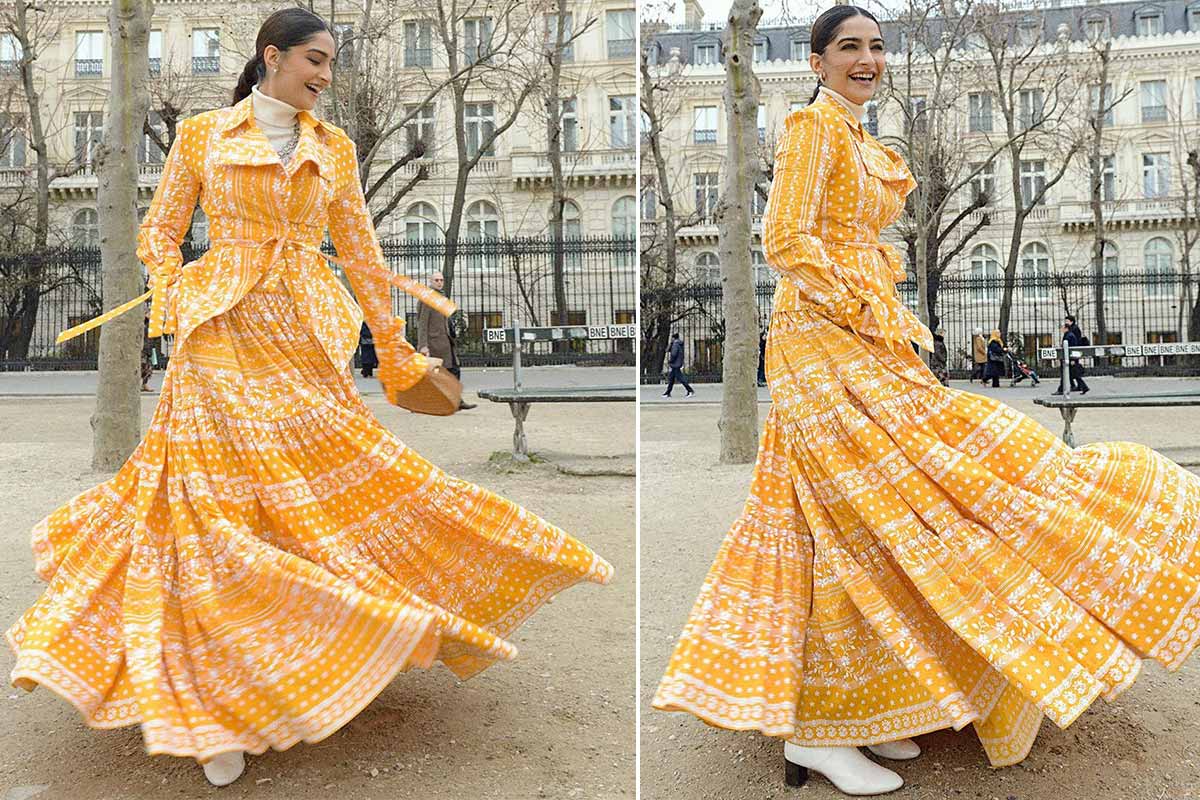 On the professional front, Sonam was last seen in The Zoya Factor with Dulquer Salmaan.