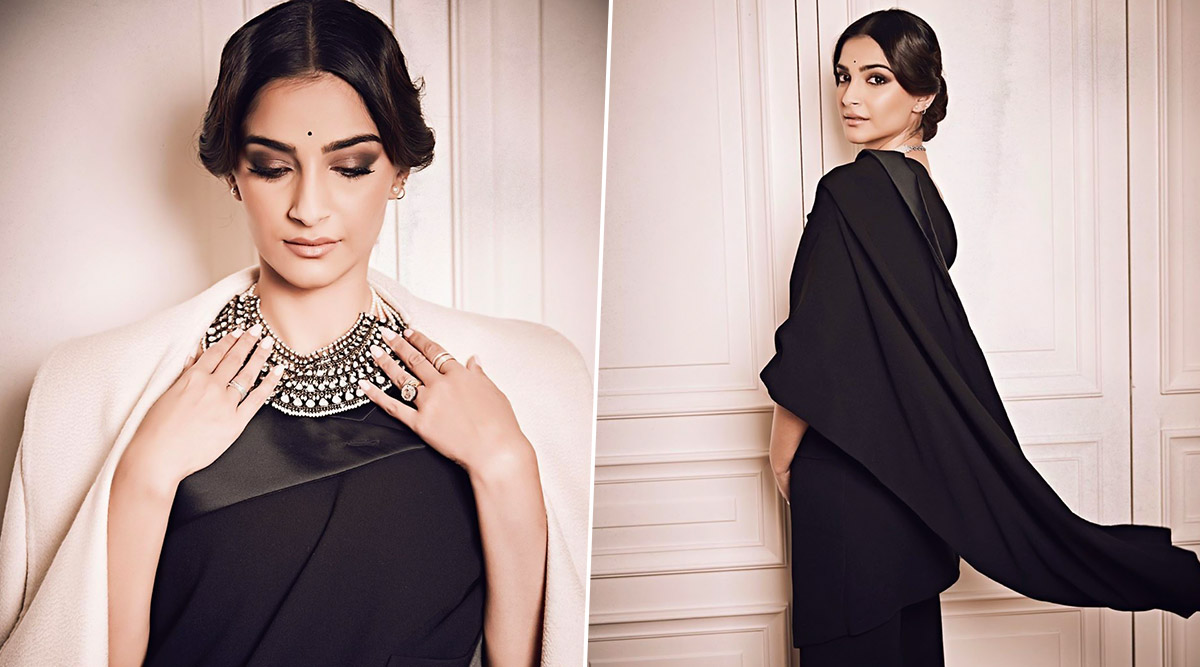 Sonam Kapoor Ahuja, a reckoning fashion force and resident fashionista, the diva regularly makes those stunning saree statements. While western ensembles bear their own unique and undeniable charm, the versatile six-yard with its distinct charm even has the International designers swooning over. Sonam Kapoor Ahuja added yet another brilliant adaptation of the sari to her one-of-a-kind fashion arsenal. As a befitting muse to a plethora of saris and their varied adaptations by eminent fashion designers, last night saw Sonam stir up a sassy sari storm. As the first Couturier to dress up Sonam at Cannes, Jean-Paul Gaultier's sari tuxedo is a Style Eureka! The Haute Couture Week is when the fashion's elite descend upon Paris twice a year with couturiers showcasing their innate creativity sans the functionality of ready to wear ensembles. Presenting his last show, the iconic designer stunned us with this creation, perfected by Rhea's elements.

Having floored us with a multitude of sarees in varied styles and silhouettes, this one indeed takes the cake and as fashion lovers, we tout that this will be the most sought-after attire and may attain a wardrobe staple status real soon! Replete with the quintessential drape and retaining the power of the pantsuit.

It was a black tuxedo suit with a saree drape by Jean Paul Gaultier. An intricate necklace by Amrapali, a delicate bindi, smokey eyes, nude lips and a low back hairdo completed the look. 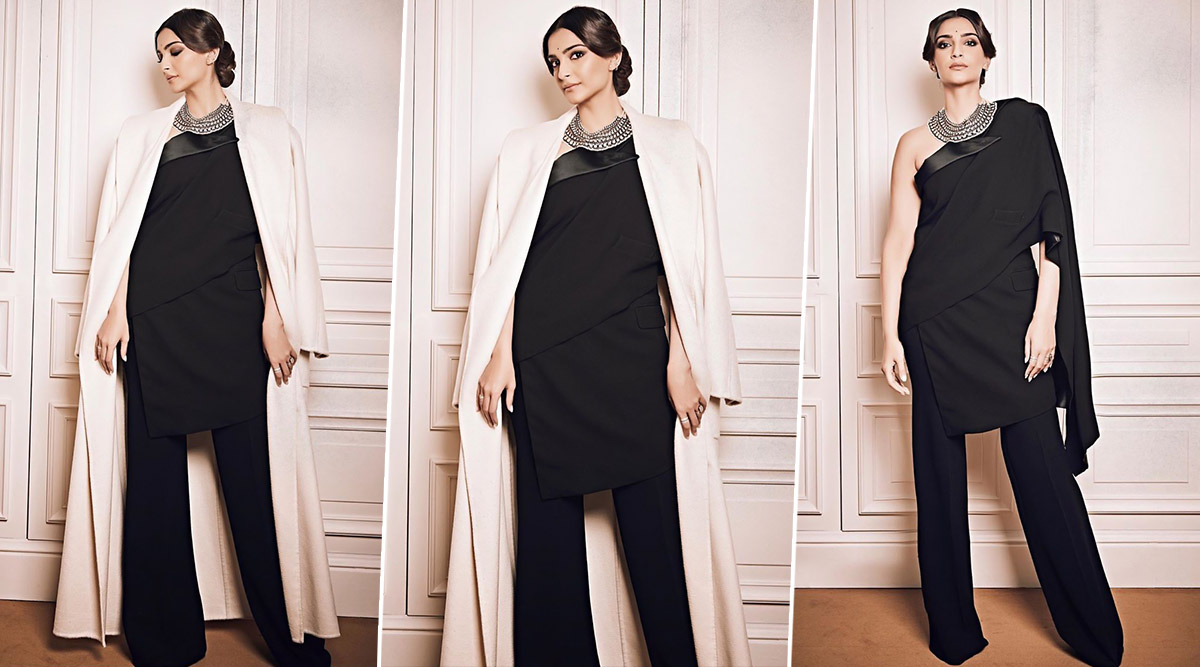 On the professional front, Sonam Kapoor was last seen as Zoya Singh Solanki in The Zoya Factor with Dulquer Salmaan.