Just in case you want to live a life of a celebrity, here how expensive it can get and Priyanka Chopra's recent fashion outing proves the same. Read on! 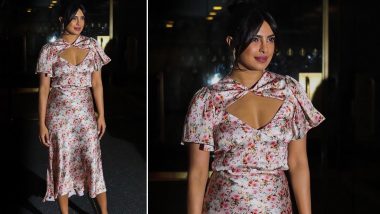 Priyanka Chopra is everyone's favourite! Over the years, the desi girl has not only created a mark of herself in Bollywood, but she's also an international star now. Day by day, the diva is turning out to be an inspiration to many and well we bow down to her for being this ambitious. Another thing which we've noticed about PeeCee is her style, which is more on the experiment side these days. Even a few days back when Priyanka was in Mumbai on the promotional spree of her film, The Sky is Pink, she served style to the t. Having said that, the babe is currently in New York promoting the same film. And during her recent stint on Today Show, the Baywatch actress wore a gorgeous floral outfit. While the actress looked alluring in the attire, the price of her look will leave you speechless. Priyanka Chopra Says Directors Yelled at Her During Her Early Days in Bollywood.

The 37-year-old actress on the promotional spree abroad opted for a blush pink top which she teamed up with a skirt of the same shade. Hair pulled back in a bun and a subtle hint of makeup is how the gorgeous lady rounded her look. And just in case you loved PeeCee's outfit, don't get attached to it as it costs a BOMB. Breaking it down for you, Chopra's top by Markarian is sold online at a cost of $700 (Rs 49,800 approximately) and the Piero satin skirt at $615 (Rs 43,700 approximately). Totaling it up, the price of both the pieces comes to Rs 90k. Yes, that's indeed an expensive truth!

Check Out Priyanka's Picture Below:

Just In Case You Think We Are Lying, Here's Proof: 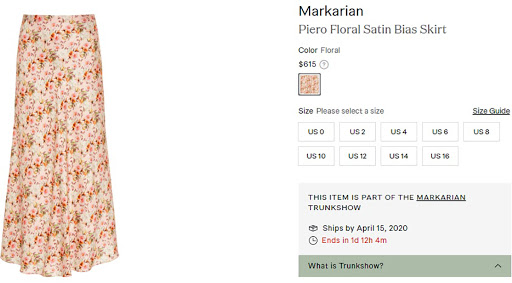 Imagine what all one can do with that much of money. Maybe go on a vacation or buy gold etc. Meanwhile, after a hiatus of almost three years, Priyanka will be next seen on the celluloid alongside Farhan Akhtar in The Sky is Pink. The flick is said to hit the theatres on October 11, 2019.

(The above story first appeared on LatestLY on Oct 09, 2019 11:14 AM IST. For more news and updates on politics, world, sports, entertainment and lifestyle, log on to our website latestly.com).