Ganga Dussehra will be celebrated across the nation on June 20, 2021. To celebrate the auspicious day, you can send a few greetings, wishes, WhatsApp messages, HD wallpapers, images, and SMS to your loved ones. 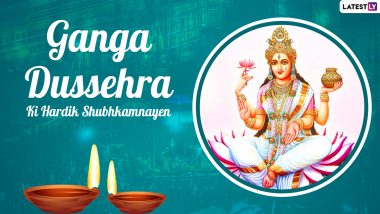 River Ganga is considered to be the most sacred river in India. Ganga is also known as Papanaashni and Mokshadayini Ganga. It is believed that by merely bathing in the river Ganga, a person attains salvation after years of patience. According to Hindu mythology, the river Ganges resides in the kamandal of Brahma, emerges through the feet of Lord Vishnu, and descends on the earth through the hairs of Lord Shiva. It is said that when Ganga touched the ancestors of Bhagiratha, it led to the flourishment of the region. Thus, the river Ganga is considered to be extremely holy.

However, to convince Ganga Maa to come on earth, Rishi Bhagirath performed a deep meditation for many years. This incarnation day of Ganga ji is known as Ganga Dussehra. This year Ganga Dussehra is falling on 20th June, Sunday. Taking a Ganga bath has special significance on this day. According to the scriptures, Ganga Dussehra is celebrated on the tenth day of Shukla Paksha of Jyeshta month. This year, Dashami Tithi will start from 6.50 pm on June 19 and it will end on June 20 at 4:25 pm. To celebrate Ganga Dussehra 2021 with your family, you can share some latest Ganga Dussehra wishes, greetings, WhatsApp messages, HD images, wallpapers, and SMS via social media platforms. Let's take a look at some of the best Ganga Dussehra 2021 wishes and greetings here. 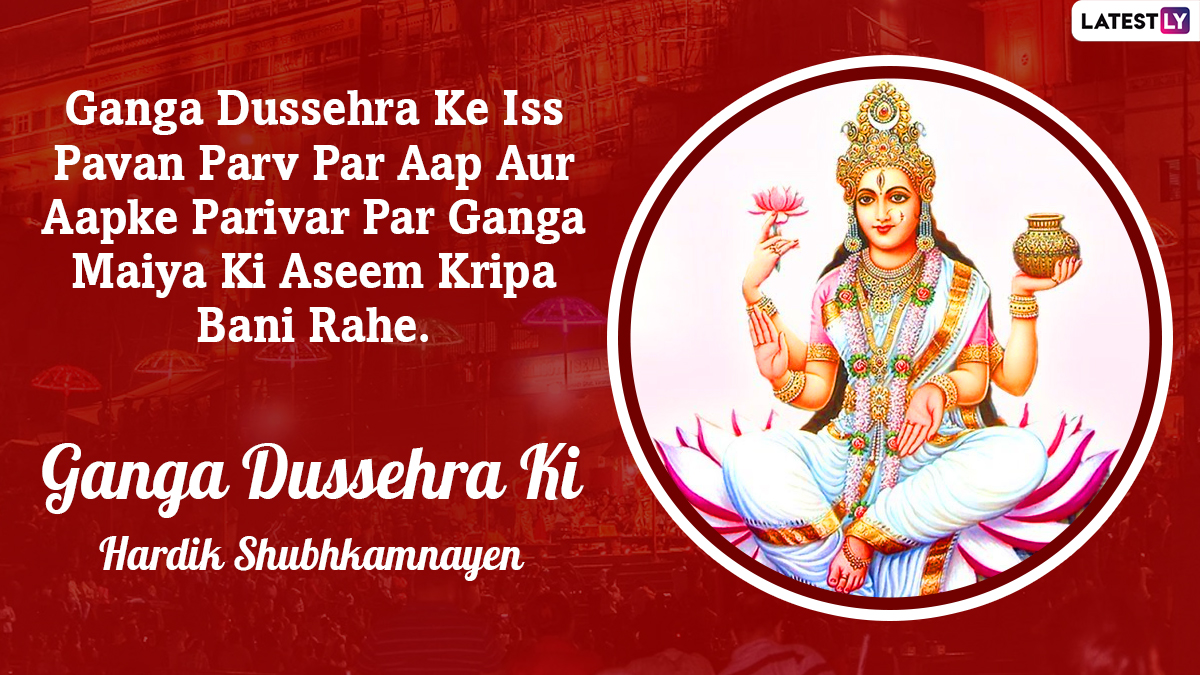 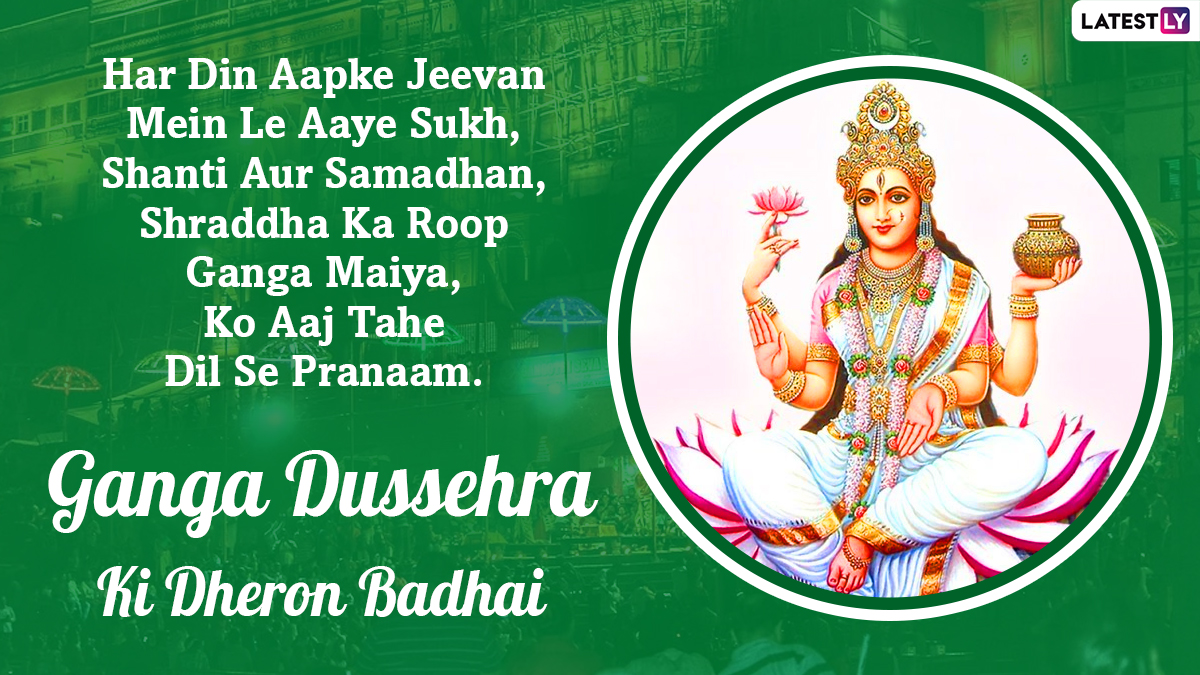 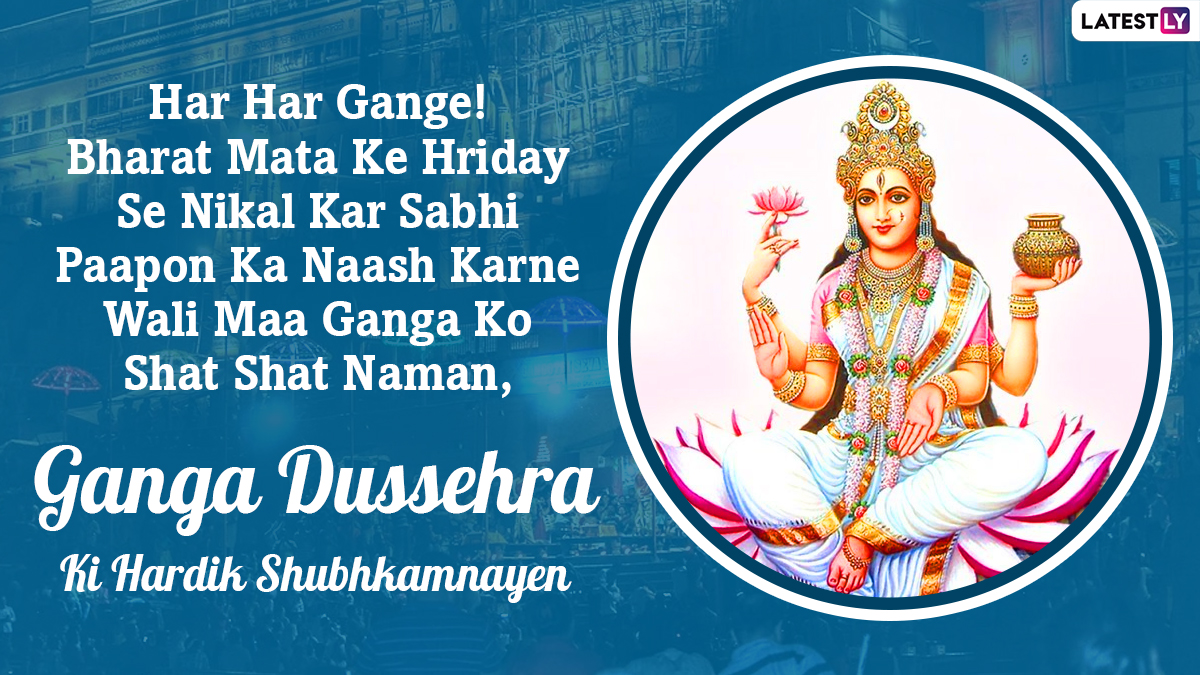 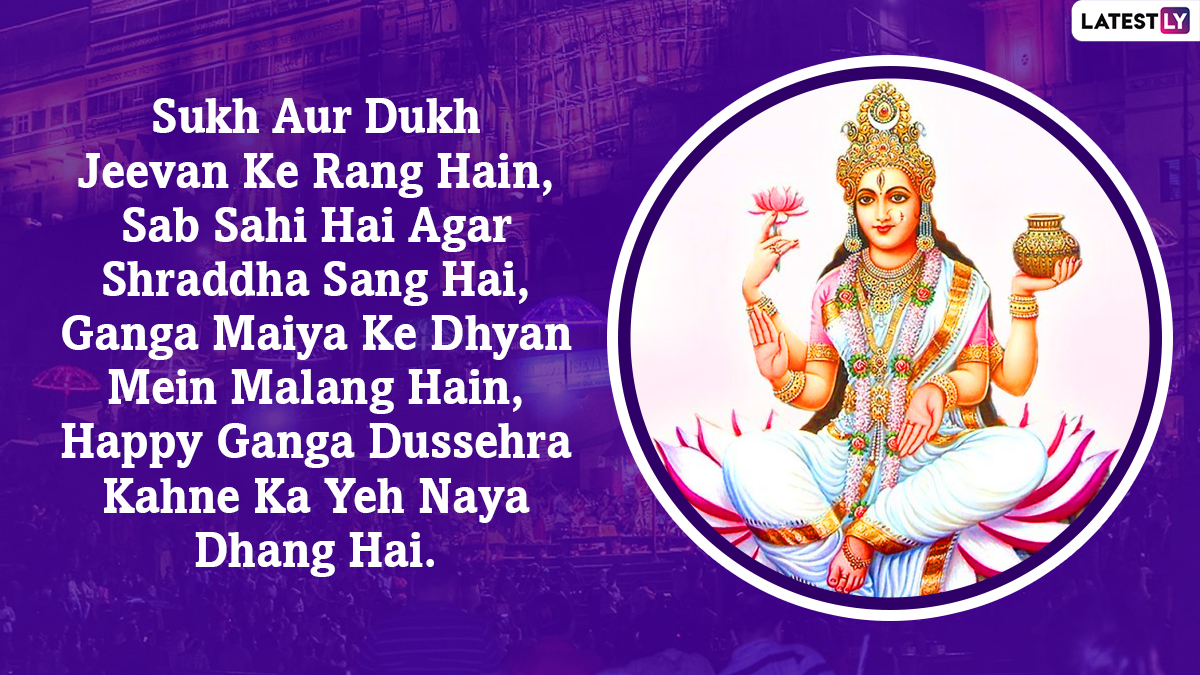 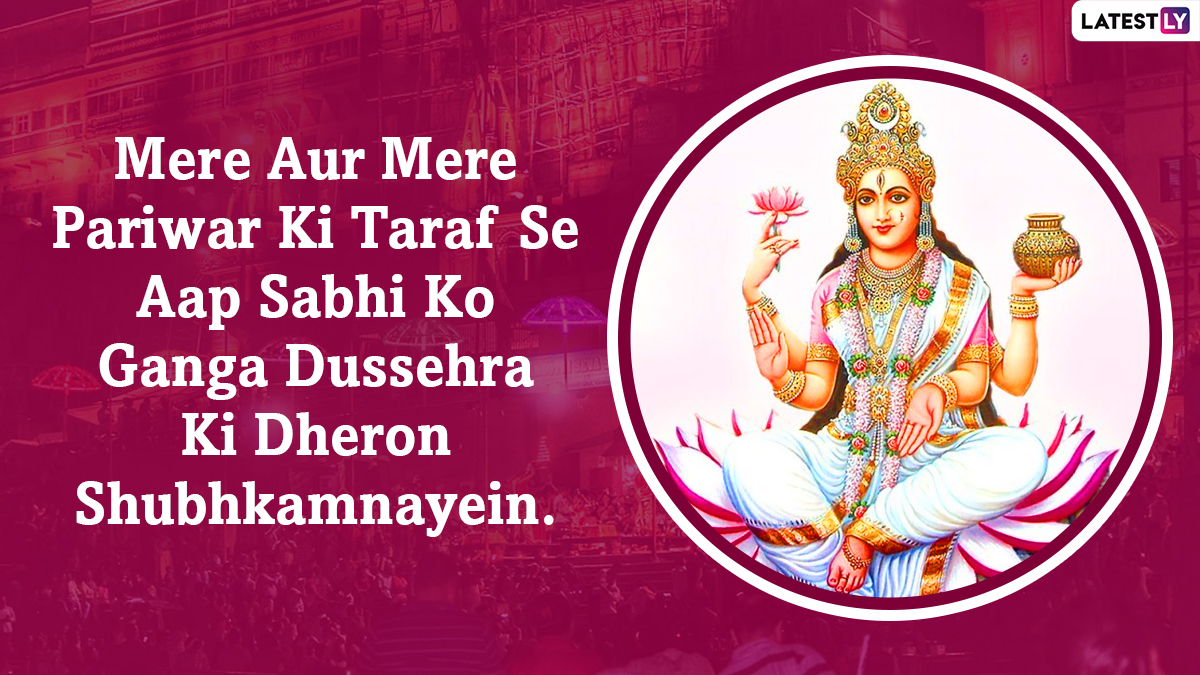 We hope the above messages, images, and greetings will help you to share your Ganga Dussehra wishes on an auspicious day. Wishing you all Happy Ganga Dussehra 2021!

(The above story first appeared on LatestLY on Jun 20, 2021 07:10 AM IST. For more news and updates on politics, world, sports, entertainment and lifestyle, log on to our website latestly.com).