They believe in a larger mission and is not just restricted to stopping the animal slaughter. 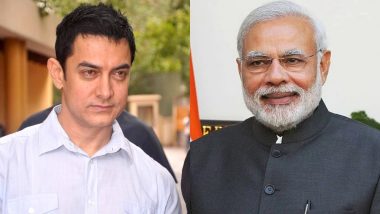 Vegetarianism and veganism have gained a lot of spotlights recently, in terms of being one of the healthiest ways of life. Especially vegetarianism that believes in going meatless and not solely following a plant-based diet like veganism is becoming very popular these days.  Today, November 25th of every year is observed as The International Meatless Day and serves as a reminder to follow a vegetarian way of life. The Stop All Killing Association (SAK) Meatless Day campaign began in India in 1986, started by the Sadhu Vaswani Mission, a social service organisation with an aim to serve the poor. Last year, Prime Minister Narendra Modi, Bollywood actor Aamir Khan supported the 'meatless day' campaign urging people to observe November 25 as International Meatless Day. The day holds significance even among the animal right's groups and vegetarians. That's why November 25 is also called International Vegetarian Day.

Sadhu Vaswani's birthday was chosen as Meatless Day to spread his teachings of vegetarianism. He had strongly urged people to support and lead a vegetarian life. According to sakmeatlessday.com, lakhs of people had pledged to go meatless on November 25. The association was headed by Dada J.P Vaswani who was also the chief of the Sadhu Vaswani Mission. Every year on this day, four Indian states including Maharashtra, Karnataka, Andhra Pradesh and Gujarat issue instructions to keep their slaughterhouses and butcher shops closed. World Vegan Day 2018: What’s The Difference Between Vegetarianism and Veganism?

Modi in the video appeals citizens to pay tributes to Dada Vaswani by not consuming meat on November 25. Khan also urges viewers to support the cause and observe the meatless day. To raise awareness of the day, peace marches are held in different cities. There is also a petition on Change.org requesting people "to refrain from eating non-vegetarian food on this day." It says that "since this concept was developed this movement has gathered infinite momentum and the last few years have seen pledges from well over 10 million across the globe."

The followers of the mission believe in non-violence and that 'All Life' must be considered sacred. They believe that global acceptance of their belief is the first step towards world peace. They believe in a larger mission and is not just restricted to stopping the animal slaughter.

Other than International Meatless Day, several meat-free days are observed across the globe. People often refrain from consuming meat on Mondays and Fridays. Several meat-free weeks and days with religious and historical connections are also observed among citizen groups in various countries.  World Vegetarian Day is also observed on October 1 to promote a vegetarian lifestyle and to curb cruelty towards animals.

(The above story first appeared on LatestLY on Nov 25, 2018 08:42 AM IST. For more news and updates on politics, world, sports, entertainment and lifestyle, log on to our website latestly.com).